Craig Morgan is hitting the road this fall on the God. Family. Country tour 2022.

Country music fans have known and loved Craig for years…but now a whole new audience might be heading to see Morgan on tour with the success he’s had – and the fans he’s developed with his appearance on the show Beyond The Edge.

The nearly dozen dates start in October and run through November with Ray Fulcher as the opener.

Craig says, “I feel like this tour has been a lifetime in the making.”

Craig’s upcoming tour, shares the same name as his 2020 album, and his memoir that arrives on September 27th.

Morgan shares, “Musically and personally, God, family and country are the most important things to me and I’m excited to share this in my upcoming memoir and in my tour as me and the band play some fan favorite songs, some album cuts and some new songs you’ve not even heard yet.”

Tickets are on sale now for Craig Morgan’s God, Family, Country Tour 2022 which will wrap up in Nashville at the Ryman Auditorium in November with Craig’s first time headlining the historic venue.

Since his time in the military Craig has always maintained close ties with service men and women, and organizations that help them…his 2022 tour is no different.

Operation Finally Home is tied to the tour, and it’s also the charity that Morgan is raising money for on Beyond The Edge. Based in New Braunfels, Texas, Operation Finally Home is a nonpartisan/nonprofit 501(c)(3) organization with a mission build hope by providing custom-built, mortgage-free homes, transitional housing and home modifications to veterans, first responders and their families. Established in 2005, the organization has completed or is in planning on more than 380 home projects in more than 32 states. Operation Finally Home partners with corporate sponsors, builder associations, builders, remodelers, developers, individual contributors and volunteers to help these heroes and their families by addressing one of their most pressing needs – a safe place to call home. For more information about Operation Finally Home, visit OperationFinallyHome.org

For more info and tickets to God, Family, Country Tour 2022 head to CraigMorgan.com 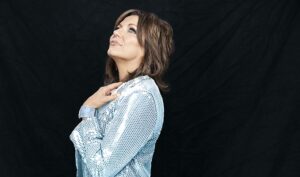