Chamber excited for prospect of new Museum of Art and Light

The prospect of a new Museum of Art and Light in downtown Manhattan has Chamber President and CEO Jason Smith excited. 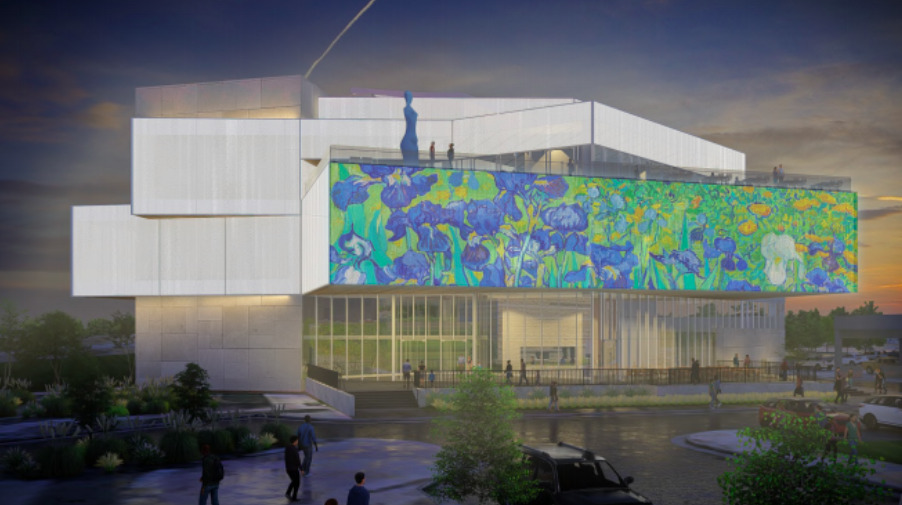 (Photo courtesy of the City of Manhattan)

Smith joined KMAN’s In Focus Thursday to discuss a plethora of topics from the Manhattan Area Chamber of Commerce’s perspective including the proposed museum, a proposition he says will give Manhattan an amenity to brag about to national competitors.

The museum is the brainchild of developers Robert and Tracey DeBruyn, who have recently identified a new location at which they hope to construct the nearly $44 million building. Manhattan City Commissioners Tuesday set a March 1 public hearing to decide on expanding the downtown STAR bond district a block to the north to incorporate the new site, located just north of Pierre and west of 3rd Street.

STAR bond districts earmark sales tax generated in a specific area to generate funds for redevelopment projects and efforts to boost tourism and commerce. While the process has received criticism in relation to numerous projects in Kansas, the Manhattan STAR bond district has over-performed compared to projections.

“STAR bonds are something that we used effectively for downtown redevelopment,” Smith says. “In fact, so effectively we were going to retire our bonds early so that money was going to go back to the State anyway.

“So if we can repurpose those funds to generate something that is unique and different and will attract visitors in all likelihood from all over the world, I think that’s a great opportunity.”

If the district is expanded, the DeBruyn’s become eligible to collect $23 million to assist in developing the museum. The DeBruyn’s have also worked to generate $21 million in private funding for the project, and are currently negotiating to secure their preferred site.

Smith offered kudos for their commitment, saying it’s ‘no small feat’ to generate the sum the DeBruyn’s have.

“Their credibility and their passion for this project is generating a lot of interest from private sources.”

The post Chamber excited for prospect of new Museum of Art and Light appeared first on News Radio KMAN.