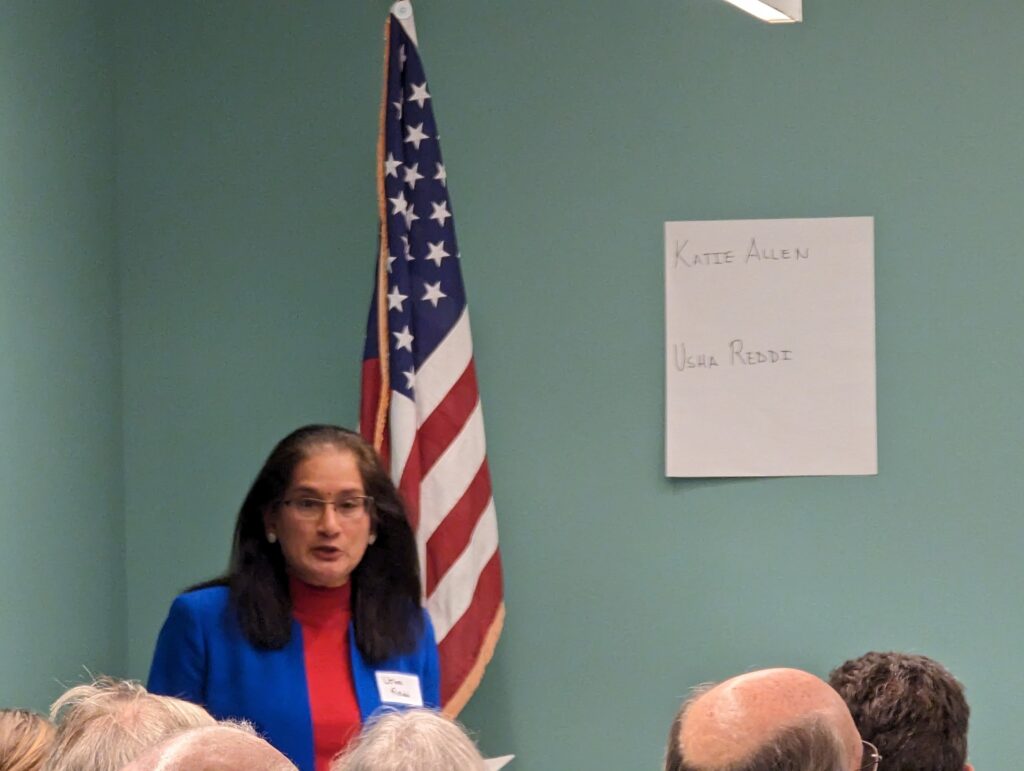 Nine-year Manhattan City Commissioner Usha Reddi was picked last week to succeed the retiring Tom Hawk as the State Senator for the 22nd district, and Tuesday said she will resign from her city seat eventually – though wants to be sure what the process for replacing her will look like before stepping down.

Commissioner John Matta, though, viewed the situation as Reddi trying to leave while still exerting influence over the commission’s next steps.

City officials are looking into the legalities and logistics of having the seat on the ballot this November for a candidate to serve out the remainder of Reddi’s city term should she resign – which she said Tuesday she would do eventually.

CIty Attorney Katie Jackson says it is in the commission’s authority to change the qualifications to serve on the city government as desired as well, noting it’s typical – but not mandatory – that such an ordinance would grandfather in current commissioners, which Butler and Mayor Hatesohl expressed interest in seeing included.

Commissioner Linda Morse, though, was suspicious of the majority’s motives in calling for that ordinance.

A majority of the commission Tuesday expressed interest in considering an ordinance prohibiting future commissioners from serving in both capacities – which according to the Kansas League of Municipalities would make Manhattan the only city with such an ordinance in the State.