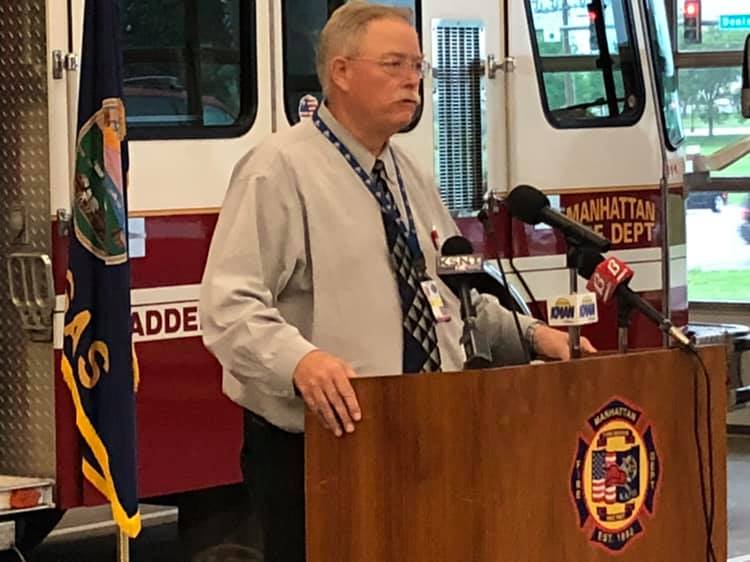 “We are live, it’s working great,” Collins told the Riley County Commission Thursday. “The coverage is phenomenal compared to what we have now.”

The roughly $5.2 million project has been in the making for nearly five years. The 800 megahertz system will provide more coverage throughout the county for radios used by area emergency services. Preliminary tests show a 97.1% coverage in Riley County and the area 3 miles outside the county boundary.

“Scanner listeners by the 24th aren’t going to be able to hear a lot of what they used to hear. Most of the operational channels are going to be encrypted, so we can share medical information, those kind of things that we had a problem with in the past,” he said.

Collins says the rural fire district and some day-to-day pages will be unencrypted. When on scene of a major incident, those pages will remain encrypted. Riley County Police Department Captain Erin Freidline says the system upgrade is good for all emergency services including police.

Commissioners were pleased to hear the system is now up and running.

Collins also informed commissioners Thursday that he’s working with the new emergency management director as the county begins the transition upon Collins retirement at the end of the year. Collins indirectly mentioned the new director Thursday, saying his successor is from Coffey County and will start with the county in mid-October. His goal in the interim is getting him introduced to some of the department’s key people.

“I’d like to think I do this job all by myself but it isn’t, it’s everybody in the community. It’s key leaders that I talk to. It’s going out having coffee with people and hearing from them,” he said.

Russel Stukey is the current Coffey County Emergency Management Director. He will succeed Collins as director, with an official start date Oct. 12, according to Collins. The two have been authorized by Riley County commissioners to hire a new Riley County Fire Chief. Currently Collins serves as both the director and fire chief. The county wanted to split the position into two different positions because of the overwhelming duties required.