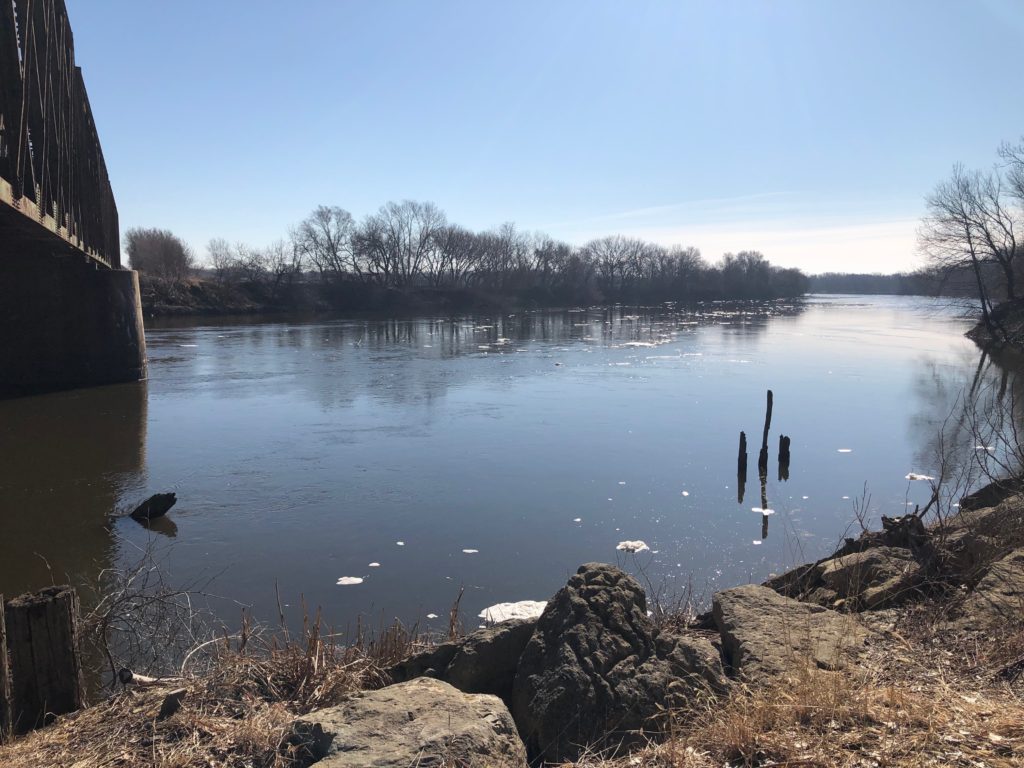 Rains will linger through midweek which could increase the potential for some minor flooding in north central and northeast Kansas.

Flood watches have been posted for Riley, Pottawatomie and Geary counties in addition to Marshall, Washington and Clay counties from Tuesday evening through Wednesday evening. Flooding is possible along the Big Blue, Little Blue, Republican and Solomon Rivers.

The Big Blue River near Blue Rapids in Marshall County is in a flood warning until further notice and is already seeing some minor flooding. As of 6:15 a.m. Tuesday the Big Blue near Blue Rapids was at 27.1 feet. Flood stage is 26 feet. The river will continue to rise to near 41.4 feet by Saturday afternoon then begin falling. According to the Weather Service, at 26 feet, minor lowland flooding occurs from Marysville to Tuttle Creek Lake.

New rainfall amounts of 1 to 2 inches coupled with more snow melt could cause more rivers to go into flood stage.The Manhattan area is forecast to see about 1.19 inches of rain through midweek.

A wet week ahead could lead to some minor flooding in portions of north central and northeast Kansas.

The National Weather Service in Topeka has placed Riley and Pottawatomie counties, including the City of Manhattan, in a Flood Watch effective from 7 p.m. Tuesday through 7 p.m. Wednesday. The better chances for flooding will be along the Big Blue, Little Blue, Republican and Solomon Rivers. Some of the rains this week could be heavy at times.

Recent snow melt has caused elevated levels on area rivers. New rainfall amounts of 1 to 2 inches coupled with more snow melt could cause rivers to go into flood. Locally higher amounts are possible.

Residents are advised to monitor later forecasts and be alert for possible flood warnings. Those living in areas prone to flooding should be prepared to take action should flooding develop. 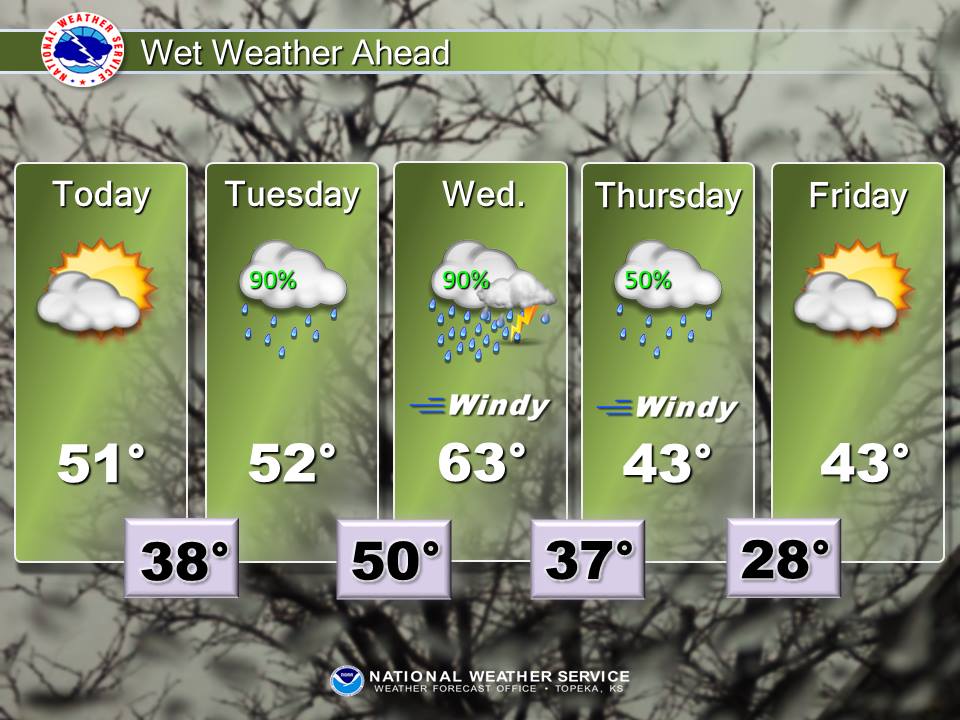