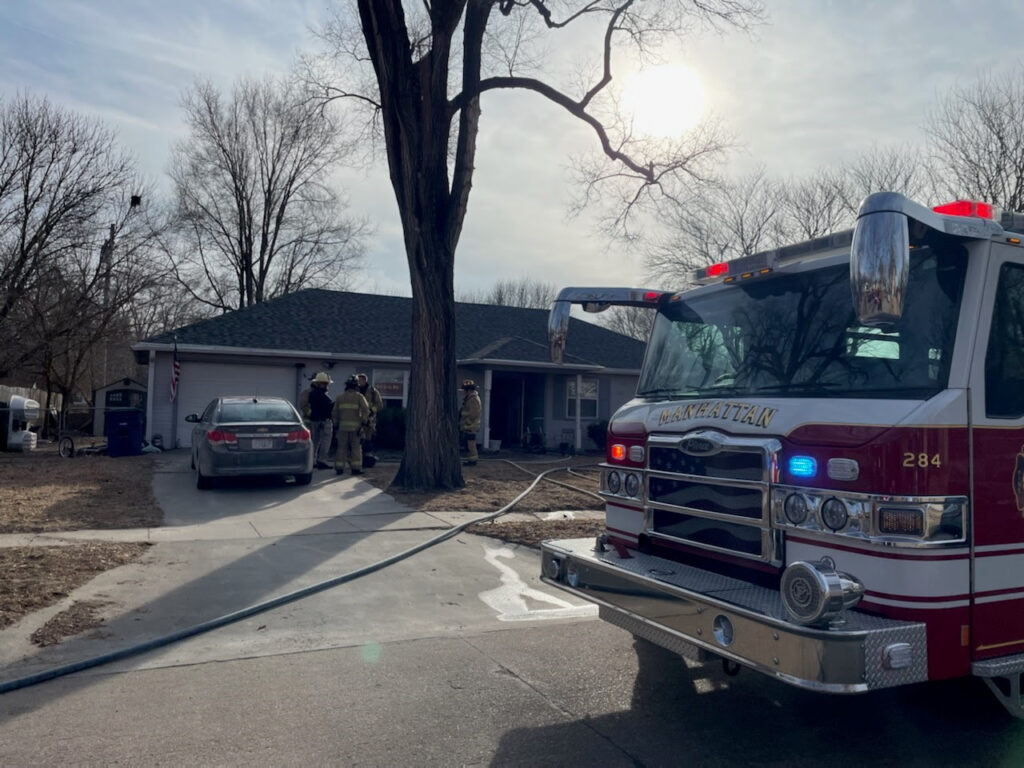 The Manhattan Fire Department quickly extinguished a house fire Tuesday afternoon, but not before it sustained significant damage.

Firefighters were dispatched around 2:30 p.m. to 807 Pottawatomie Avenue, and found smoke throughout the house and a small fire in a front room. It was contained within 10 minutes. One dog escaped the fire after a back door was opened by firefighters. No injuries were reported.

The single-story home had an estimated $10,000 in loss, according to the report. The cause of the fire remains under investigation.