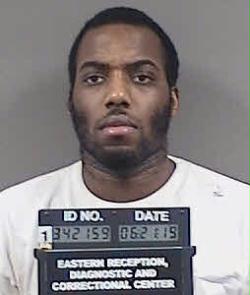 A Missouri man serving two life prison terms for sexually abusing two students at the University of Missouri-St. Louis is in custody in Riley County.

RCPD says 25-year-old Devonta Bagley of Belton, Missouri was arrested and booked on a Riley County warrant late Friday night for aggravated failure to appear. Bagley, a 2017 Kansas State University graduate, has a pending case for allegedly abusing a student at a campus fraternity house in the fall of 2017. He was initially arrested in September 2017 on charges of aggravated criminal sodomy and aggravated burglary. He’s currently being held on a $750,000 bond.

The 2017 case was disposed due to Bagley failing to appear on multiple occasions. Court records show Riley County Attorney Barry Wilkerson filed an agreement on a detainer to be placed on Bagley, so the case may proceed to trial.

According to the St. Louis Post-Dispatch, Bagley was found guilty in May on charges he snuck into apartments of two UMSL male students as they slept and sexually assaulted them in 2017 and 2018.