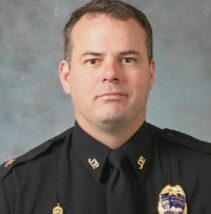 A new police chief is taking over in Junction City.

It was announced at Wednesday’s city commission meeting that John Lamb is replacing the recently retired Dan Breci. For 26 years, Lamb has served the Jacksonville, Florida Sheriff’s Department. He most recently served as Police Lieutenant over the Patrol and Community Affairs Unit and was an Assistant Chief in the department.

Lamb said in a release it’s been a long-term goal of his to serve as Police Chief in a community like Junction City, committed to its police department.

A start date for Chief Lamb has not been announced.