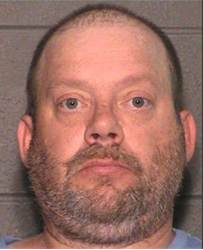 A Manhattan man is jailed on two counts of violating his offender registration and other counts.

Online records indicate Gibson was convicted in Maine in 2012 of having unlawful sexual contact with a child under the age of 14.