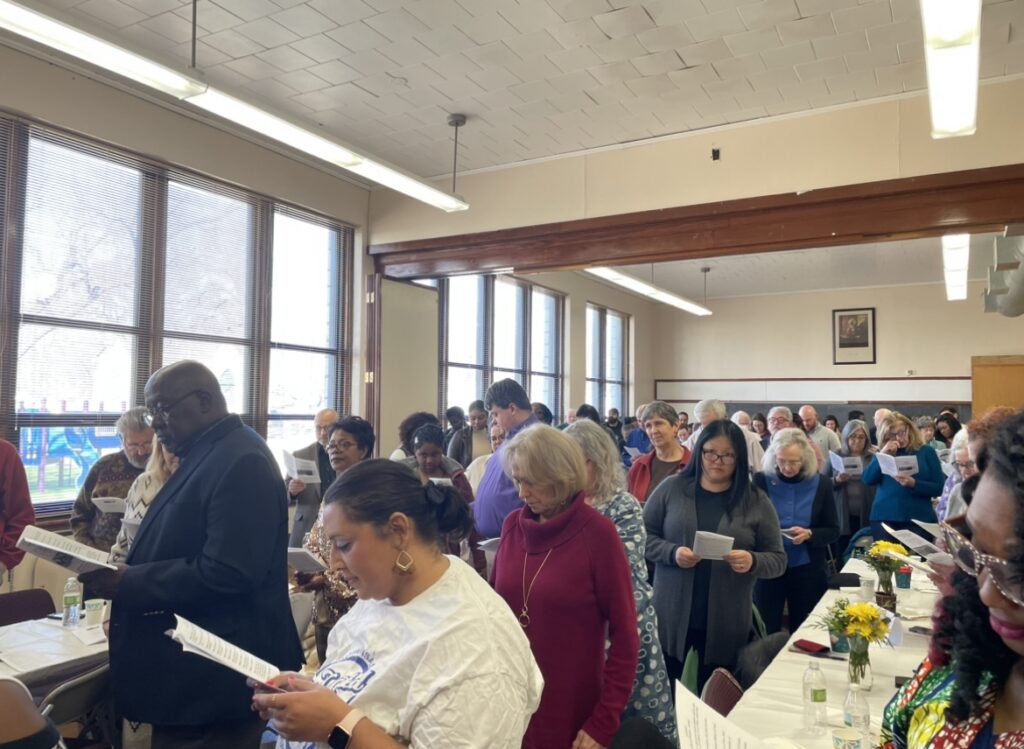 Each year, the Manhattan Martin Luther King Jr. Memorial Committee organizes a variety of events to honor Dr. King, and this year’s theme was “true peace is not merely the absence of tension; it is the presence of justice.”

K-state’s assistant dean of diversity programs for the College of Agriculture Dr. Zelia Wiley said today was a celebration of hard work and diversity. She also reflected on the change spurred on by Dr. King as well as the change that is yet to come.

Johnson spoke about being proactive and having the ability to pivot when life throws you unexpected challenges. She also praised the Douglass School, which served black students from 1904 until its closure in 1962 following desegregation.

The Douglass School, Johnson said, empowered its students and was crucial in building a foundation of change.

In addition to Johnson’s speech, awards for the annual MLK art and writing contest were announced during the event.

Manhattan resident and student Tonnetta Toliver won ‘Most Reflective Essay’ for her piece titled “I’m Just Tired”. She said a key part of her writing was considering her own struggles with racism.

Attendees also participated in group prayers, sang the Black National Anthem “Lift Every Voice and Sing”, and read aloud Dr. King’s “I Have a Dream” speech.

Check out the committee’s website to learn more about the MLK day of service and the laying of the wreath taking place later this month.