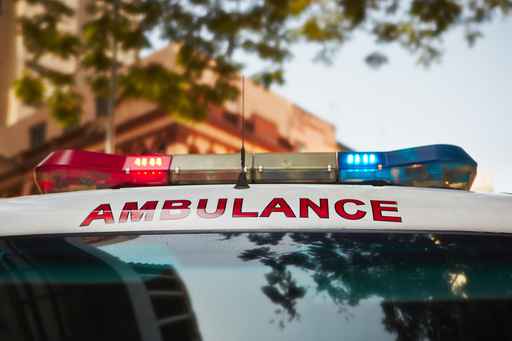 A pedestrian was injured Wednesday morning after being struck by a motorist on the Kansas State University campus.

According to the Kansas Highway Patrol, 62-year-old Randall Mai, of Manhattan, was walking north across Claflin Road just west of Mid-Campus Drive around 7:30 Wednesday morning. Authorities say he was not in a crosswalk and was struck by a motorist in the westbound lane.

K-State Police said initially that Mai was transported by Riley County EMS to Ascension Via Christi, but the crash report states he was later taken to Stormont Vail Hospital in Topeka for a suspected serious injury.

The driver was identified as 47-year-old Kara Ray, of Manhattan. She was not injured.

One person was transported to the hospital Wednesday morning after a motorist struck a pedestrian on the K-State campus.

According to K-State Police, the crash occurred around 7:30 a.m. in the 1600 block of Claflin Road, involving the pedestrian and a single vehicle. The pedestrian, who was not identified, was transported by Riley County EMS to Ascension Via Christi with undisclosed injuries. An update on their condition wasn’t immediately available.

No further details have been provided and it’s unclear if the driver will face any charges related to the crash.