The Sunset Cemetery Memorial Day Service opened around 10 a.m. this morning. Following music by the Manhattan Municipal Band, Bob Willette opened with the invocation and attendees were welcomed by Keith Coleman. Harold Randa recited the Gettysburg Address and Angela Coleman read the Address in Flanders Field with the Response delivered by Susan Bergsten.

The Memorial Service was delivered by CSM (retired) Roger Beckley and a tribute to deceased veterans led by Bruce Bell. Willette returned for the Benediction after a volley by the American Legion Post No. 17 Color Guard. The program ended with a rendition of Taps by Scott Freeby.

Listen to the service below:

The annual service is organized by Post No. 17 and the Daughters of the American Revolution and featured the cooperation of other organizations including the Women’s Relief Corps, Daughters of Union Veterans, Sons of the American Legion, United Spanish War Veterans Auxiliary, VFW Auxiliary, Army-Navy Mothers, World War I/World War II/and Korean War Mothers, as well as Viet Nam Mothers. 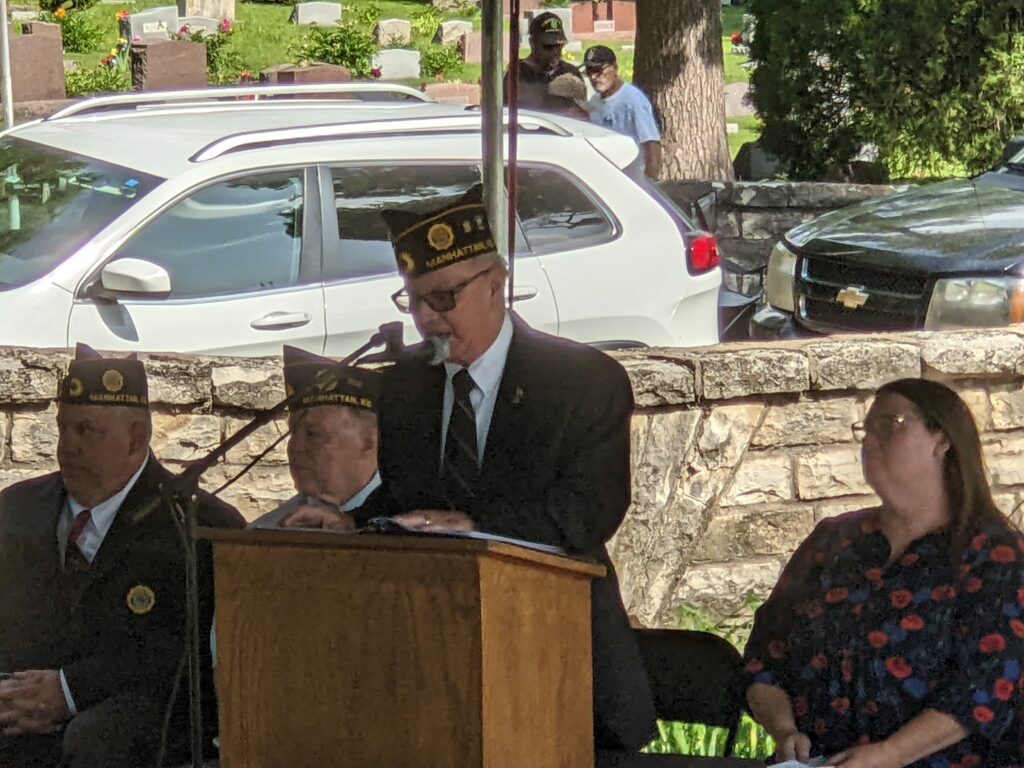 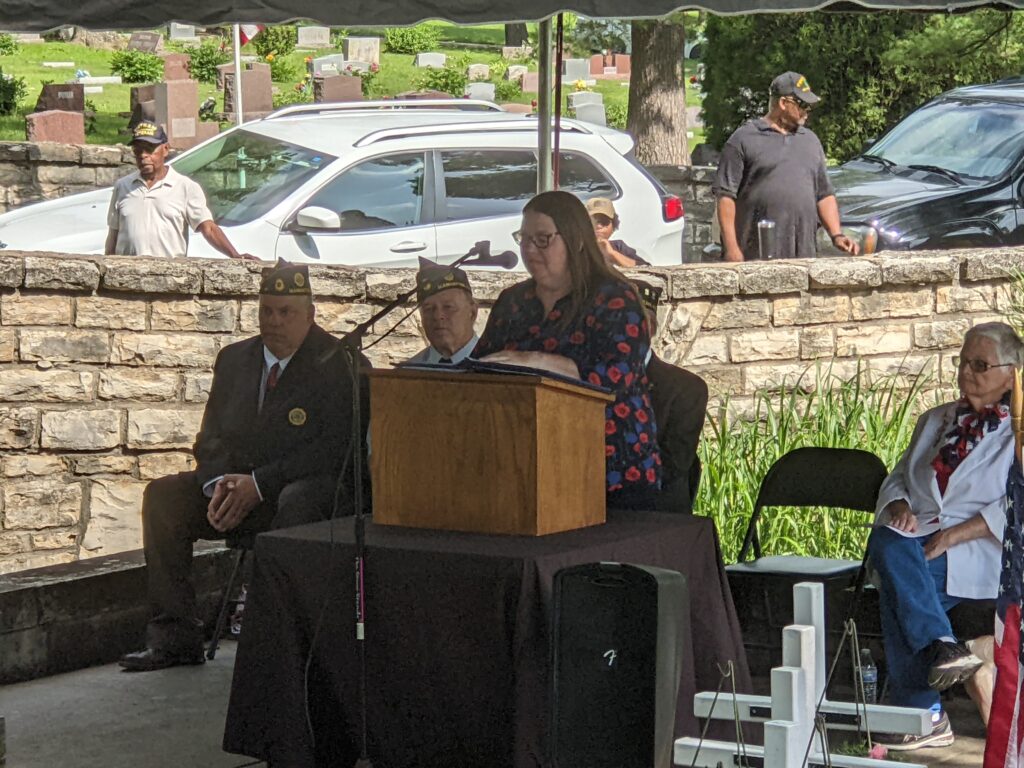 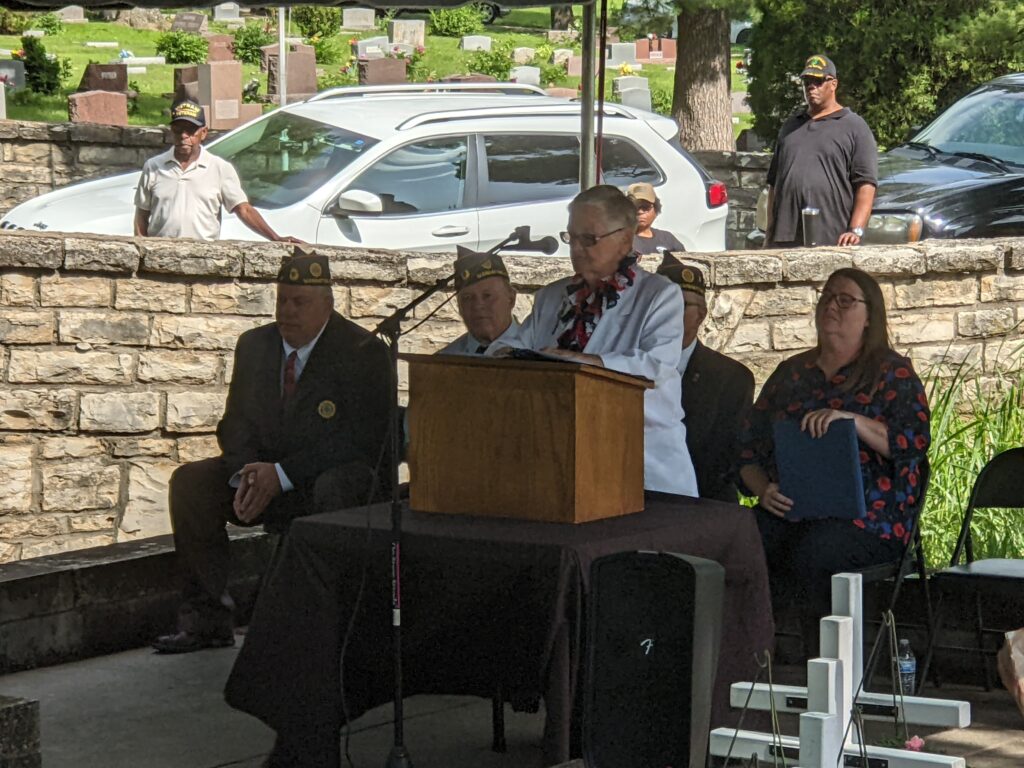 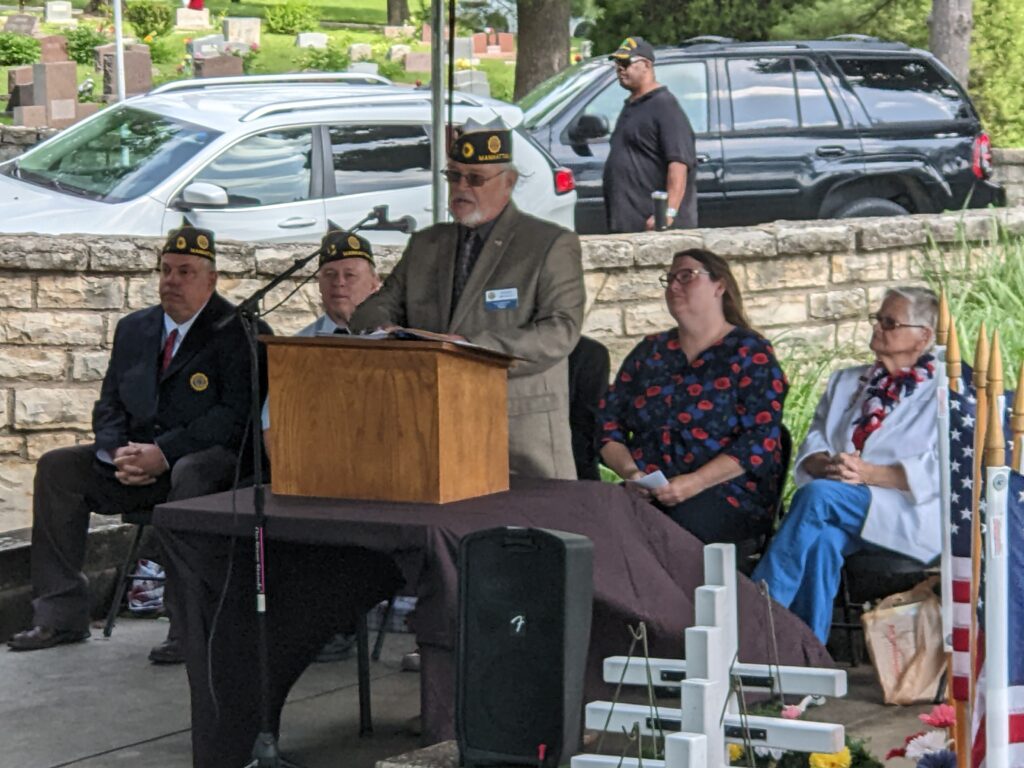 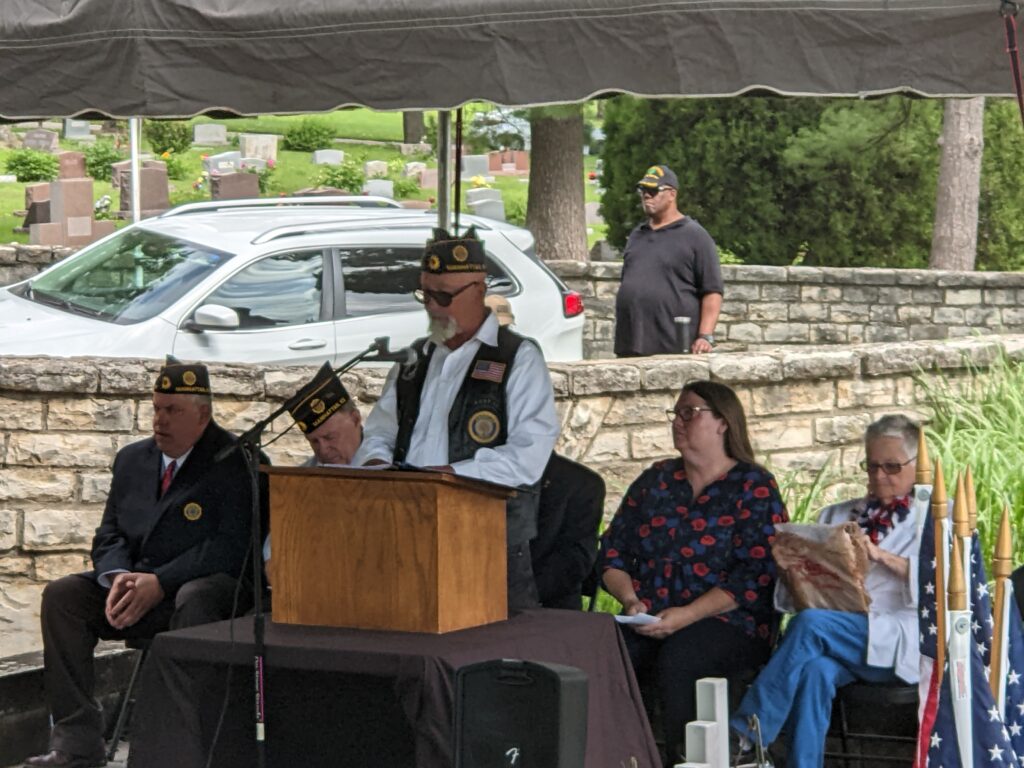 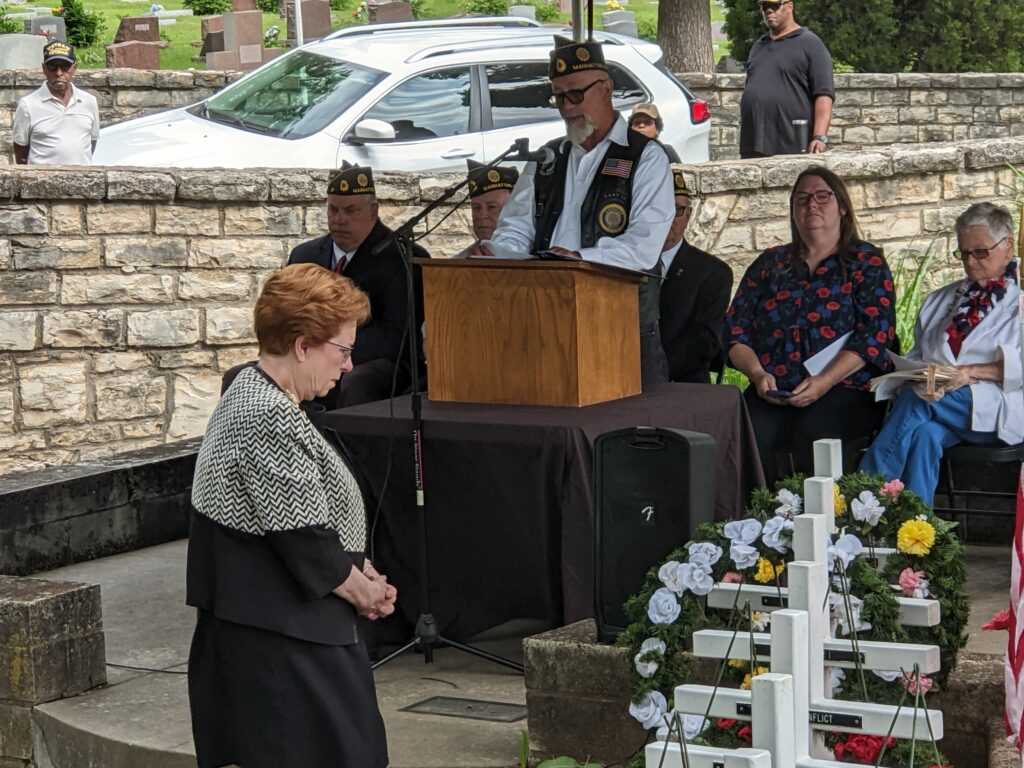 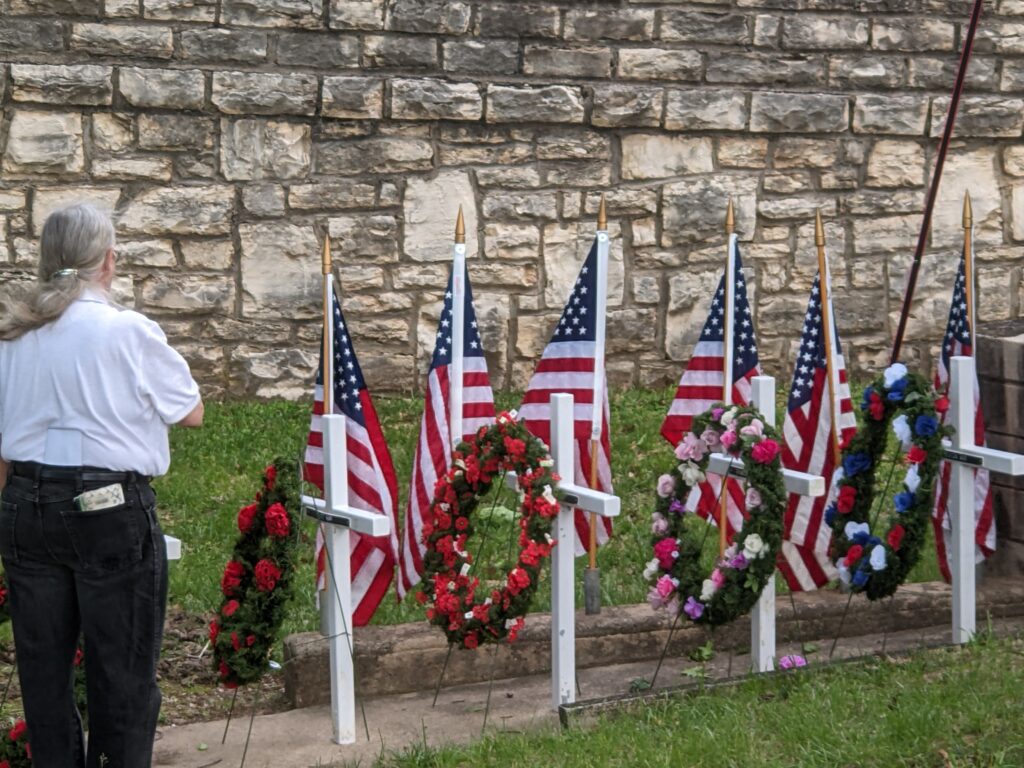 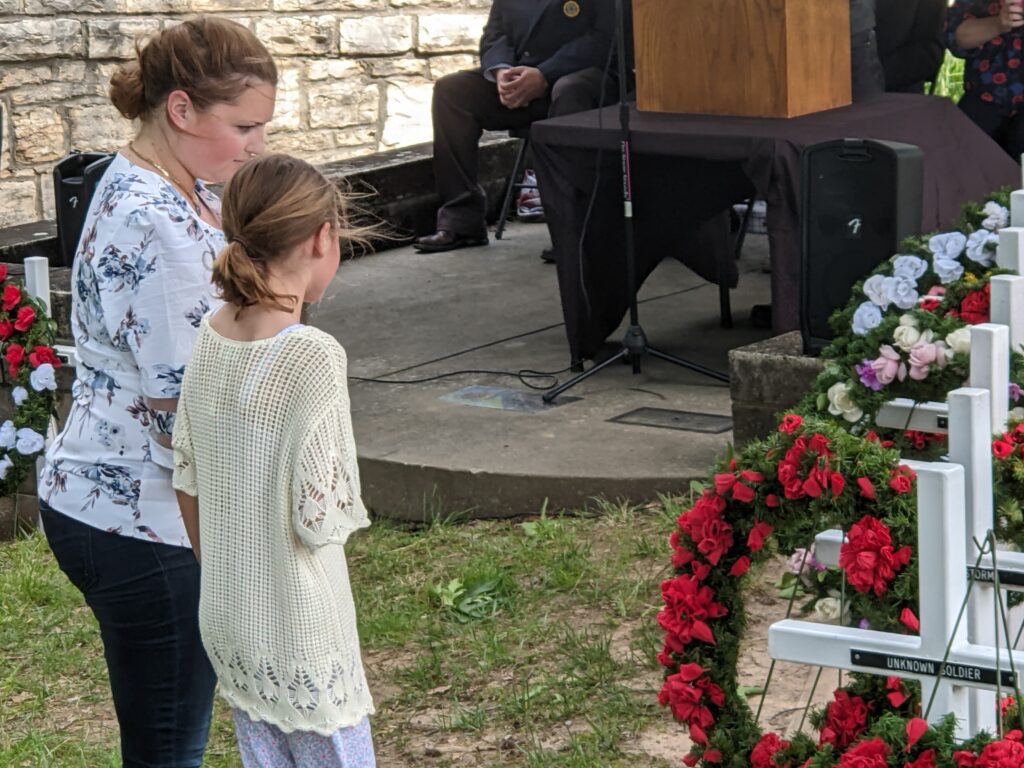 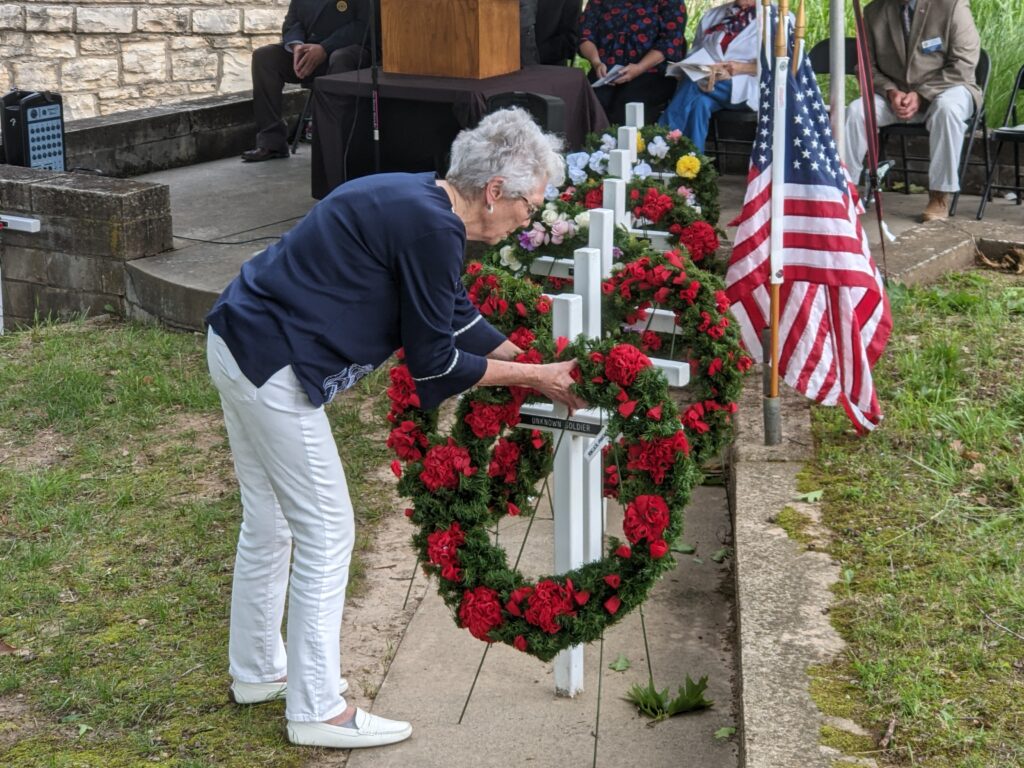 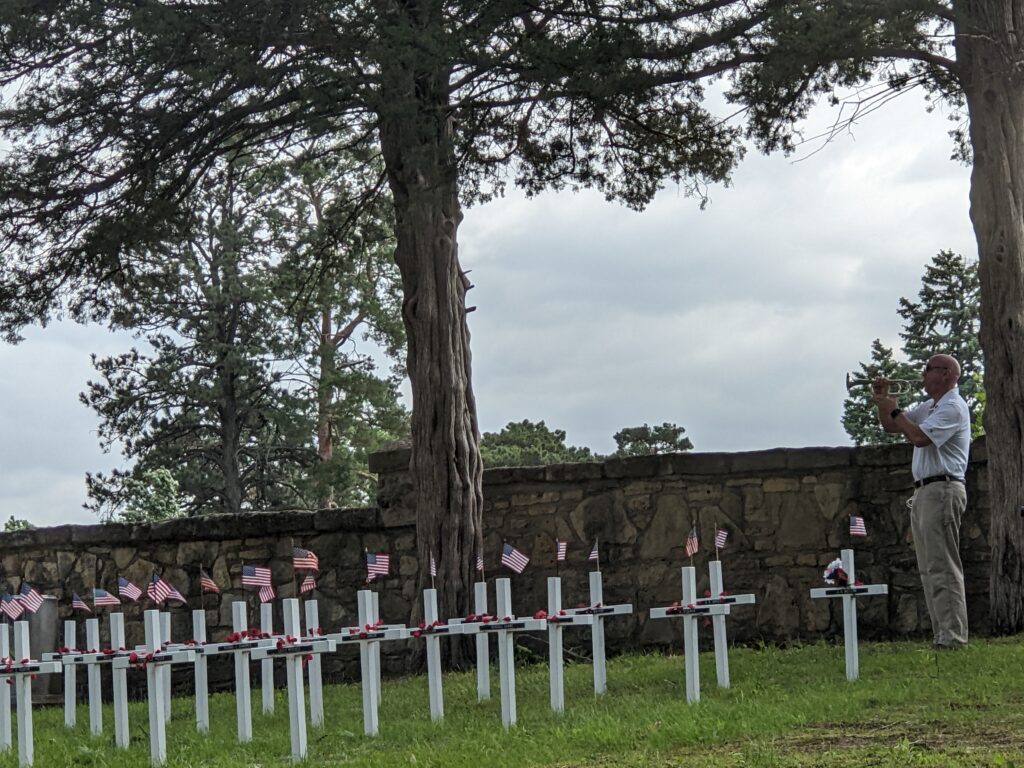 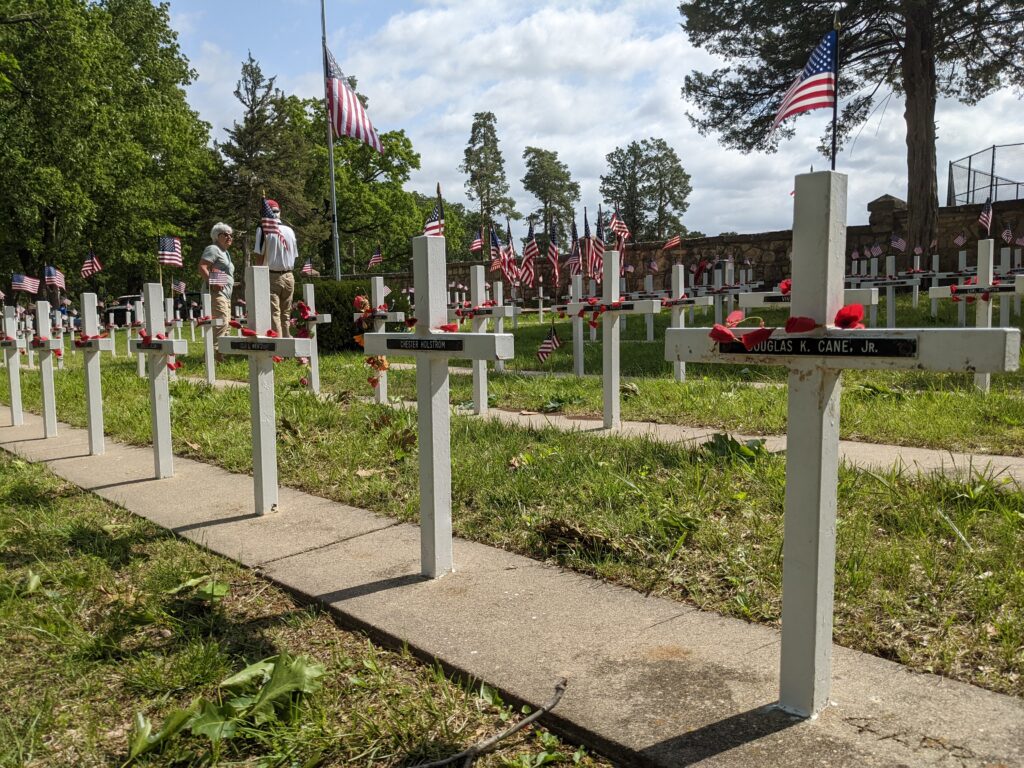 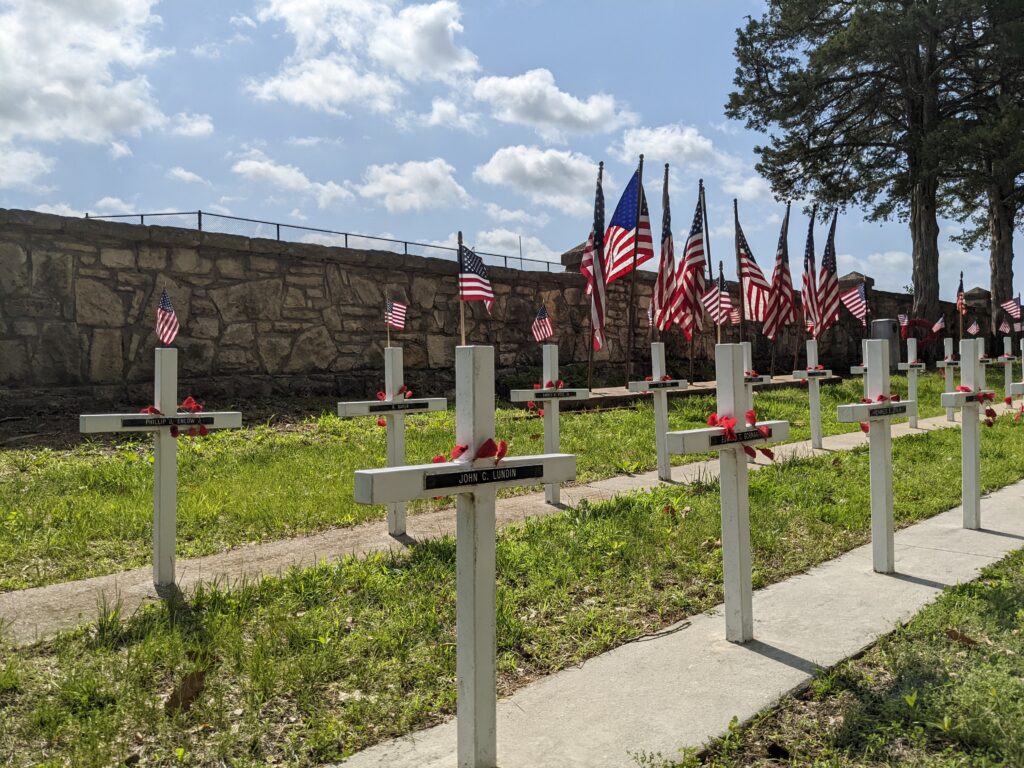