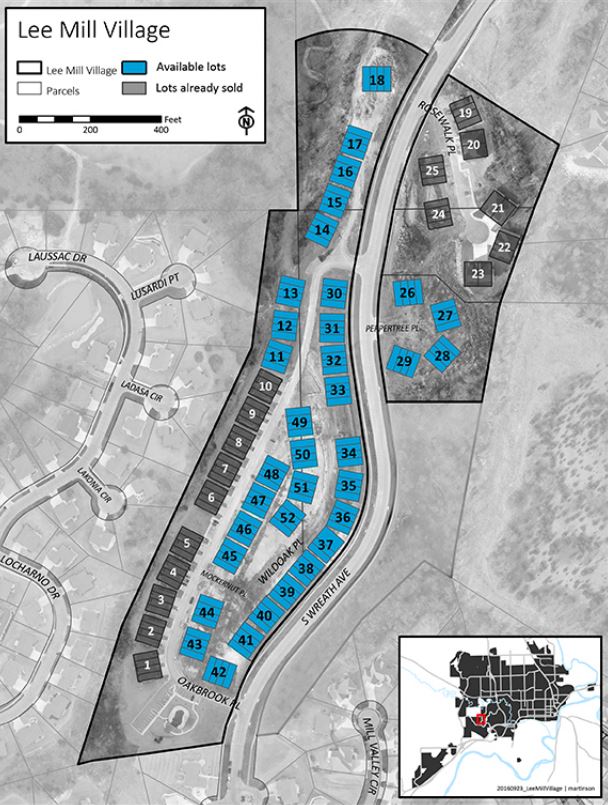 Courtesy of the City of Manhattan.

Manhattan is waiving more than $90,000 in utility connection and building permit fees for a planned low-income senior living development.

The City Commission approved the waiver for the project in Lee Mill Village Tuesday by 4 to 1 vote with Commissioner Wynn Butler opposing. Manhattan had previously agreed to sell the 19 lots to the Manhattan Area Housing Partnership in January.

The land was bought by the city in 2012 on a tax sale after a previous development struggled to get off the ground. The land has been slow to sell, leaving Manhattan covering the special assessment taxes and collecting no property taxes. As part of the details of the sale, Manhattan will cover one third of outstanding specials — amounting to $190,000. 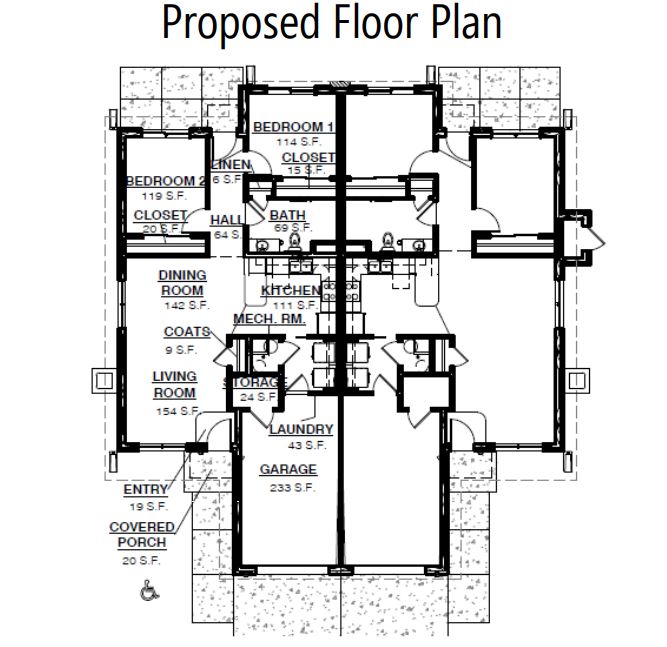 Courtesy of the City of Manhattan.

The non-profit community housing development organization plans to construct 18 two-bed, one-bath duplexes for people aged 55 and up making between 40 to 60 percent of the median income for the area as well as a club house for the community. MAHP Executive Director Jill Jacoby says while their rents are controlled, their rates are on the lower end of the permitted spectrum and that the waiver will prevent the need for increases in the future.

“We would be able to keep the rents lower if our development costs were lower, we would have more in reserves for future improvements,” says Jacoby.

Despite his opposition, Butler did express optimism about the project and returning the land back to the tax roll.

Supporting commissioners were also concerned about the costs accrued by Manhattan throughout the saga. Commissioner Linda Morse questioned whether the city should get into a similar situation in the future, but supported the item Tuesday.

“There aren’t any other affordable housing initiatives […],” says Morse. “This is the train that’s on the track and I don’t see another one coming.”

Commissioner Jerred McKee says he would be neglecting his duty if he didn’t find a way to help low income people in the community, but that the budget situation will make future efforts harder sells. He again emphasized the need to find ways to mitigate the tax impact of rising personnel costs.

“Unless the city finds additional sources of revenue, projects like this will not happen and cannot happen,” says McKee. “Unless we have some kind of growth spurt and increase our population exponentially I just don’t think this is in the cards in the future.”

Manhattan has provided similar waivers for MAHP projects multiple times in the past among other groups including USD 383 and the Boys & Girls Club. Mayor Pro Tempore Usha Reddi advocated that Manhattan create new processes or guidelines surrounding waivers going forward.

“Let’s have that conversation in January when we have our [goal-setting] meeting and see if there’s a process we can put in place or some kind of policy we can put in place so it’s not as random and we’re pretty clear about our objectives,” Reddi says.

Mayor Mike Dodson also said he would have liked to see more information on the estimated individual impact of the waiver on tenant costs.

“I suspect it’s rather minimal,” says Dodson. “But I think this is probably the right gesture to make as a city on making affordable housing.”

According to the MAHP, the project will be a $7 million development. Rents for the duplexes will range from $450 to $650 depending on income.