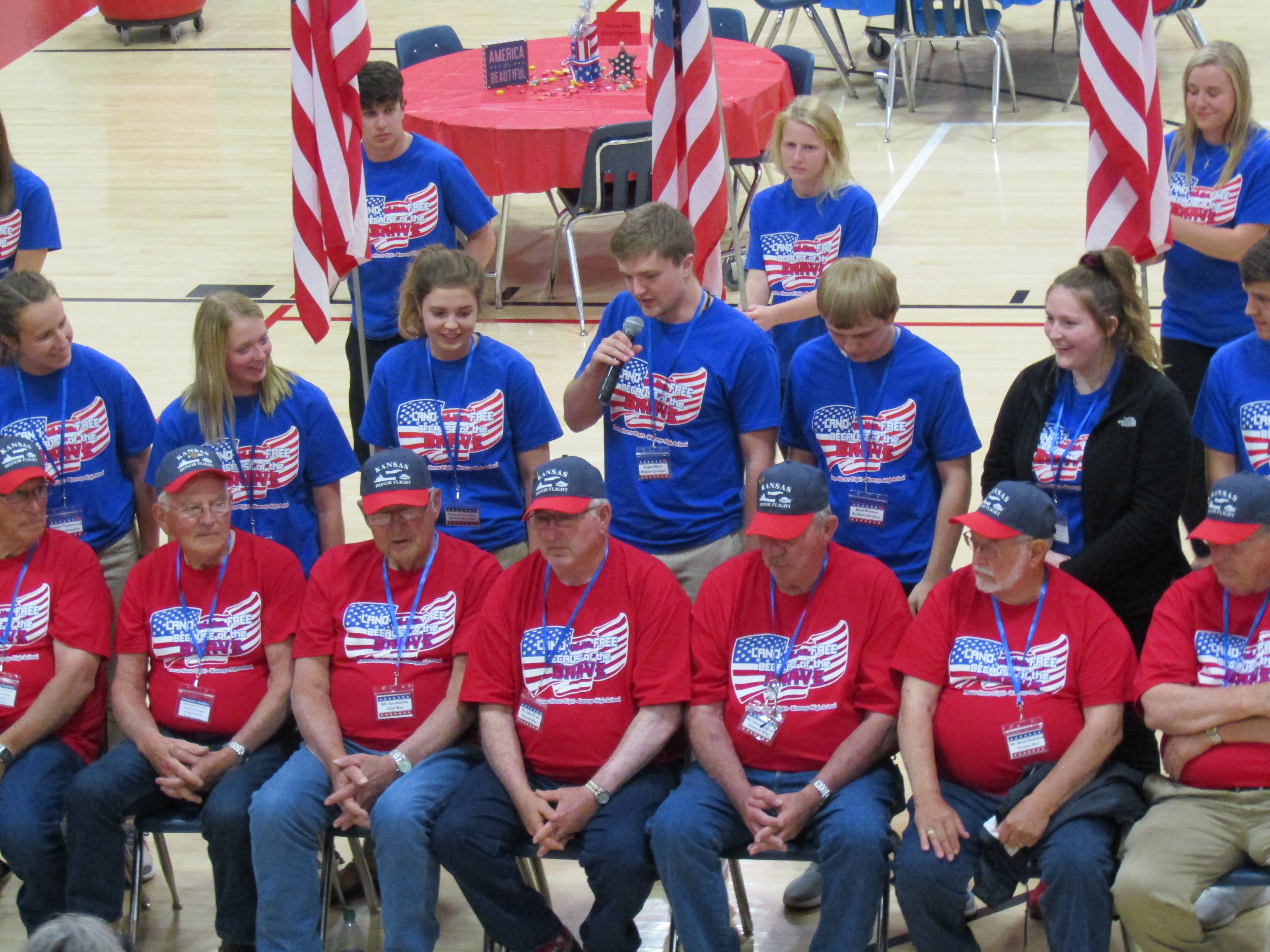 Students and veterans address the crowd at Wamego High School Thursday night after they returned home from the Honor Flight to D.C. Photo by Steven Shaffur/KMAN

For the first time in well over two years, Wamego High School is taking local veterans to Washington, D.C. as part of the Kansas Honor Flight program.

The 2-day whirlwind trip allows veterans and their student guardians to visit some of the monuments and memorials and in some cases meet with dignitaries. The flight was scheduled to leave Wednesday morning and return late Thursday night. The homecoming will take place along Lincoln Street between 4th and 6th Streets at approximately 11 p.m. Thursday night. The public is invited to take part in welcoming back the veterans.

According to Wamego High teacher and Honor Flight coordinator Shawn Hornung, it will be the first Wamego flight in 29 months. Just last week, the nonprofit raised over $16,000 for the program during its annual Match Day fundraiser.