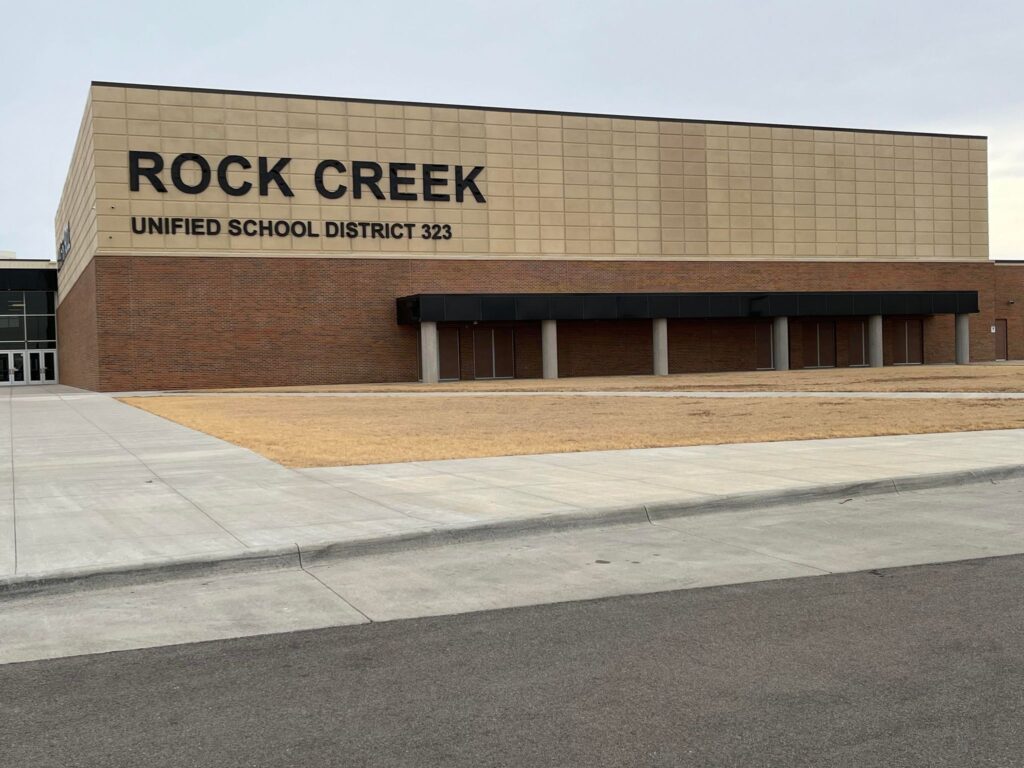 Rock Creek Schools had a bit of a rocky start to the 2023 spring semester following water damage and flooding to parts of the junior and senior high school, that occurred on Dec. 23.

The flooding was a result of a failure in the system for the building’s fire sprinklers.

“The middle school is all cleaned up, put together, carpet is cleaned and everything is back in order. The only issue we’re having at this point is the high school gym,” she said.
A basketball game was played in the gym on Tuesday, but Simoneau says they had to run dehumidifiers under the bleachers. She comments that the quick response from emergency services and community volunteers has been extremely valuable and crucial to reducing the damage.
“Because of the quick response of fire and volunteers, we were able to mitigate that loss because we had people able to get supplies and things up out and away from water quickly as we had a lot of hands,” she said.
The school is still determining if the flooring of the gymnasium can be salvaged, which will make up a majority of repair costs if deemed unusable. Simoneau said Wednesday that a cost estimate is still being determined by the district’s insurance provider.