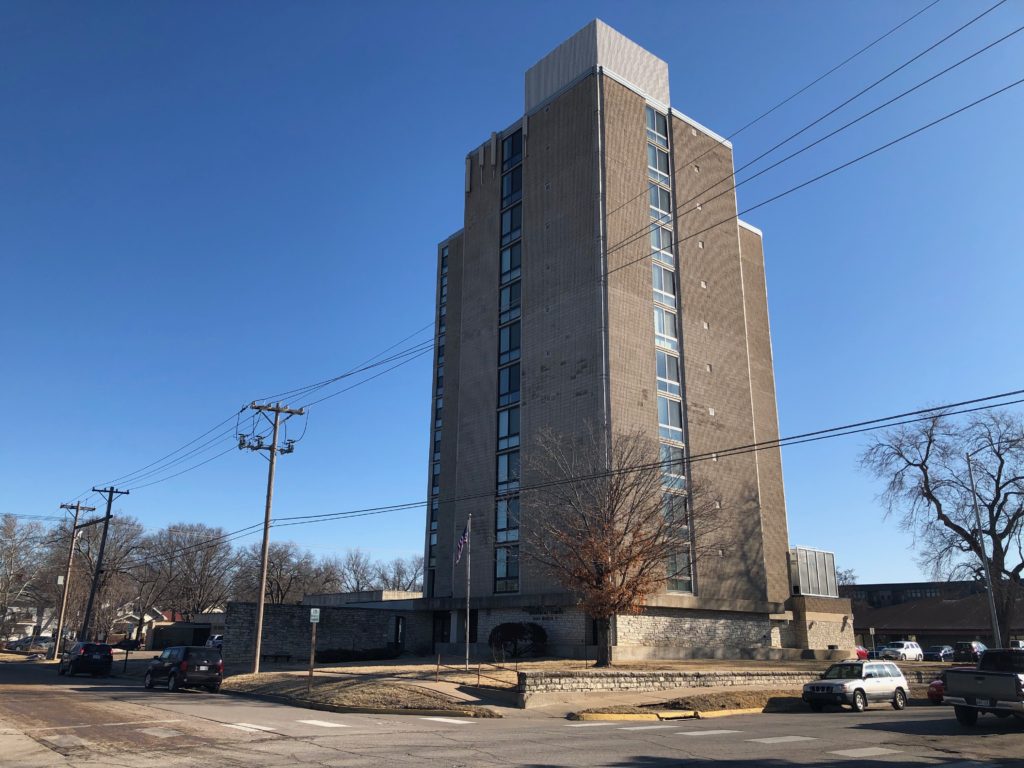 MANHATTAN — The Manhattan Housing Authority continues to seek interested parties for the Apartment Towers at 300 North 5th Street.
The complex, which features one bedroom and studio apartments reopened in November after undergoing major renovations to remove mold and replace windows in the facility. Improvements were made to plumbing and to the heating, ventilation and air conditioning. MHA Board Vice Chair Phil Anderson says the rental units are as nice as any rental units in the city.
Anderson 1
The City of Manhattan loaned the Housing Authority $1 million to complete renovations last year after some issues arose with getting renovations completed. The towers now have brand new HVAC, plumbing and windows. Anderson says the loan was a major boost to get the project completed.
Anderson 2
Filling out the occupancy has been a little slow going says MHA Executive Director Joann Sutton. She described some of the income requirements for those interested in applying.
Sutton surprised
Currently about 50 units are available for rent. Sutton says they’re hoping more people will complete the application process.
Sutton towers leasing
Rent is determined off of a person’s income. You will pay 30 percent of your adjusted gross monthly income. For a single person the maximum earning is capped at approximately $40,000.
For more information, contact Manhattan Housing Authority at 785-776-8588 or visit mhaks.com.