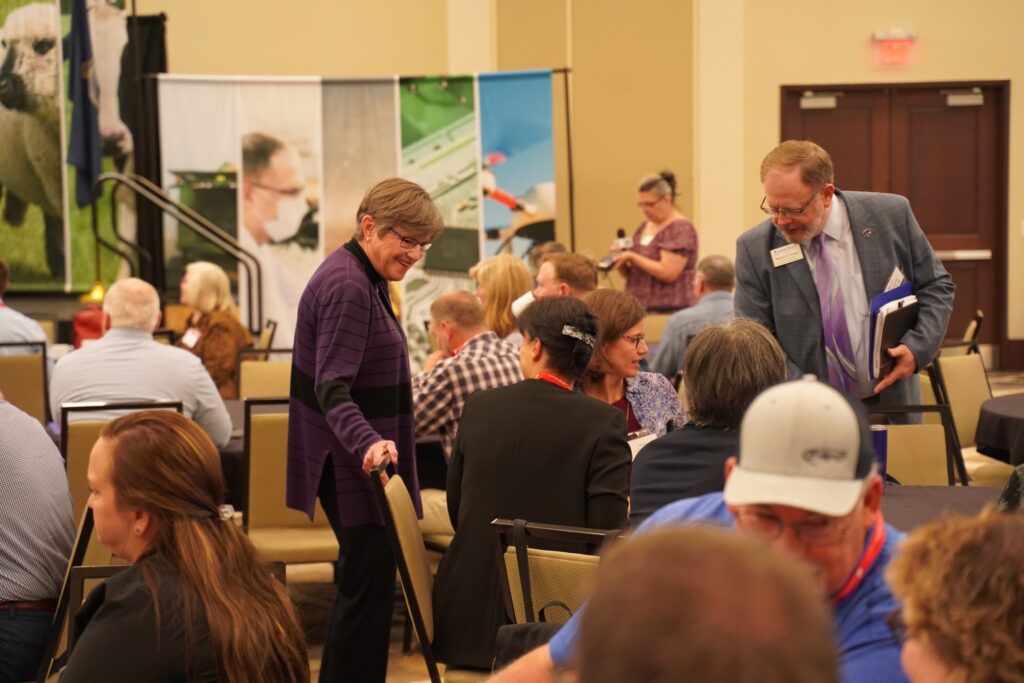 Governor Laura Kelly kicked off the 2022 Kansas Agricultural Growth Summit in Manhattan today. The meeting included more than 400 leaders, representing a variety of agricultural interests across the state.

Kelly told the leaders why Kansas is central to the agricultural needs of the local and national communities.

She also told them why they are important to the Kansas economy.

Kelly commended local resident, Richard Linton, for his contribution to the state.

Kelly noted Kansas is number one in wheat and sorghum production, and number two in crop plant acreage. She highlighted some ongoing improvements that support the business of agriculture.

Broadband isn’t the only infrastructure getting attention. She spoke about how important road and bridge infrastructure is to the Kansas Agricultural business.

She also acknowledged the stress faced by those in the agricultural business.

Kelly commended the Kansas Department of Agriculture for the work they’ve done to bring in grants for mental health resources.

She noted that some of these initiatives were realized in previous Agricultural Summits; saying each accomplishment is important alone, but combined they are transformative.

Kelly concluded by saying that agriculture is a critical part of the state’s past, a key economic driver right now, and holds the key to Kansas’ future. She said she’s never been more confident in the agricultural community’s ability to lead the state forward for continued success.