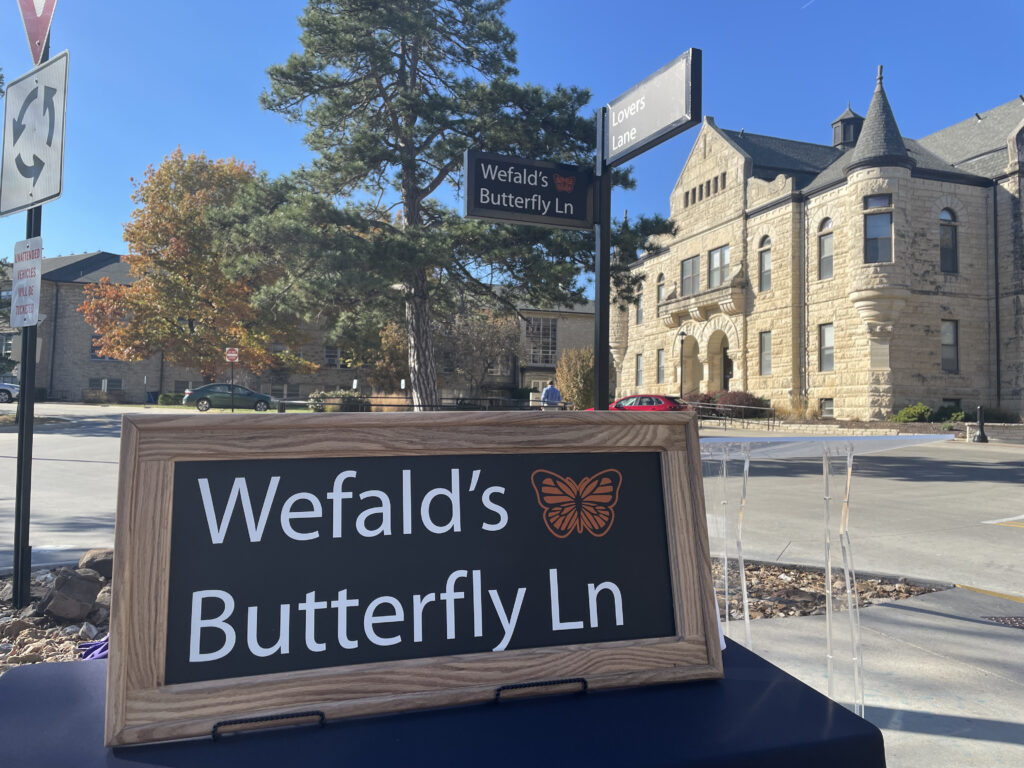 Linton also said he greatly admired Wefald and will be forever thankful for his guidance and support.

During his tenure, Wefald had a significant impact on the university.

In addition to being president, Wefald was also a dedicated and loving father.

Andy Wefald spoke about the memories he has of his family’s time at K-State.

He reflected back fondly on times of walking through campus with his father, chatting with students and staff and eating numerous lunches with various professors.

However one memory holds a special place in the young Wefald’s heart.

Jon Wefald passed away in April of this year. He served as the university’s 12th president from 1989 until 2009, the second-longest presidency K-State has seen.

You can listen to the full ceremony below: