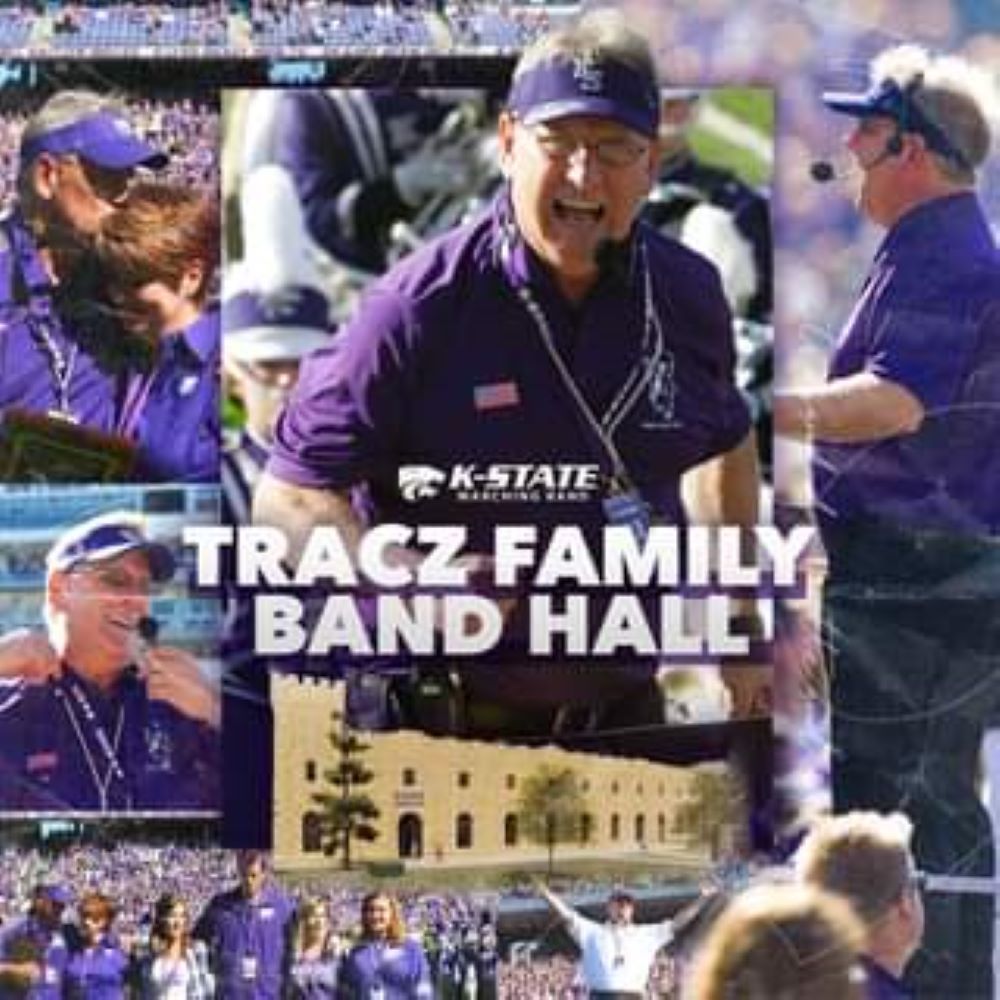 Although construction has already begun on the Tracz Family Band Hall at K-State, the community celebrated the future home of the band on Friday. Instead of the typical shovels for the ground-breaking, the demolition of a wall was started.

Band Director Dr. Frank Tracz says students and directors since the inception of K-State’s Band have all contributed to this important milestone. However, he is still honored to have the new hall named after his family since they have accepted his absence at many family functions for three decades.

Tracz says band members have other responsibilities such as attending classes, so the benefit of having a band hall is tremendous.

The Marching Band is in great demand, and their performances often bring in donations to the university. Tracz says the hall will help students save time and effort.

Tracz has been having trouble containing his excitement about the progress of the band’s new home.

He says the Marching Band received a wonderful compliment from Fort Riley during practice a few days ago.

Construction is expected to be completed in February of 2023. The entrance and a pathway will display legacy pavers. Go to traczfamilybandhallpavers.com to create and purchase pavers for display at the Tracz Family Band Hall.