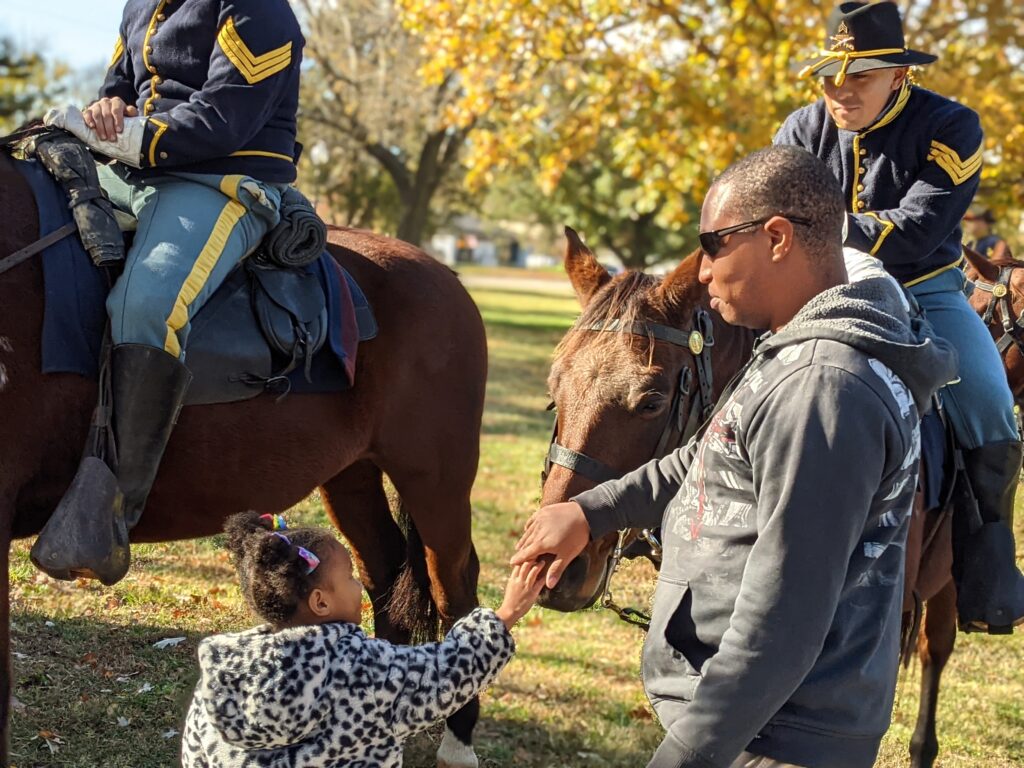 The inaugural VetFest in Manhattan followed the 2021 Veterans Day Parade on Thursday.

The event kicked off as the parade was wrapping up, and numerous strolled over to Manhattan City Park to participate before filtering back to City Hall for the Ceremony of Honor. While the first time it’s been a part of Manhattan’s Veterans Day activities, VetFests can be found in numerous communities across the country. 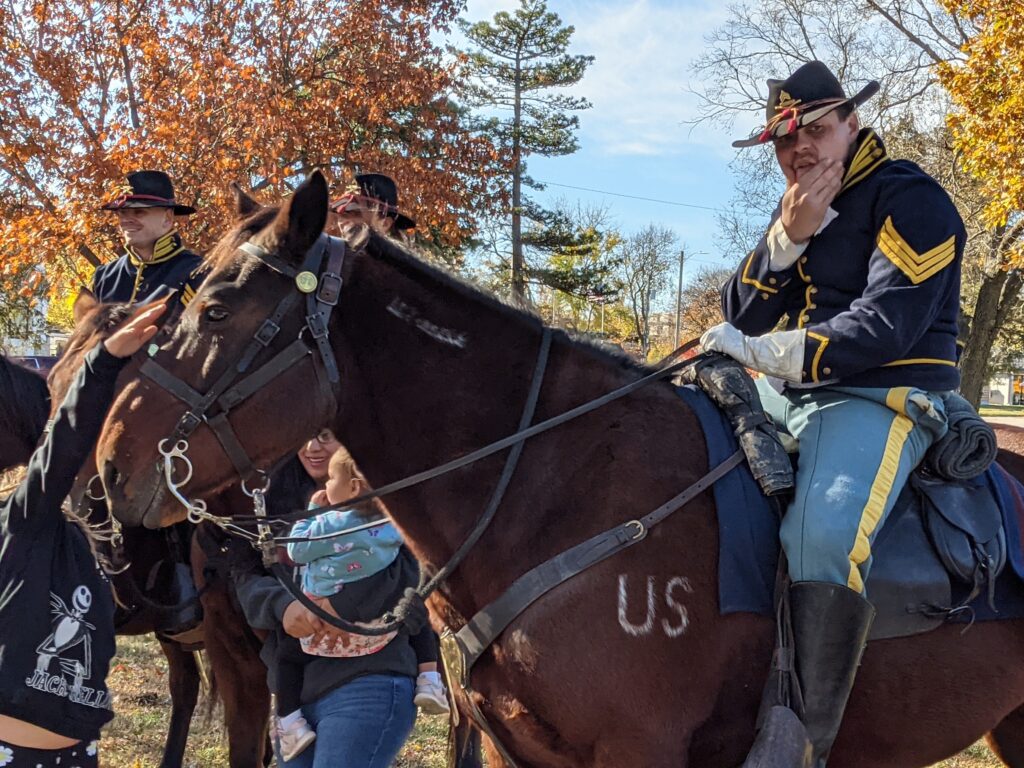 A relatively small affair, the fest featured two different food vendors as well as bounce houses for the kids. Perhaps the biggest draw, though, were the multiple armored military vehicles from Fort Riley parked at City Park for residents to get a close up look. 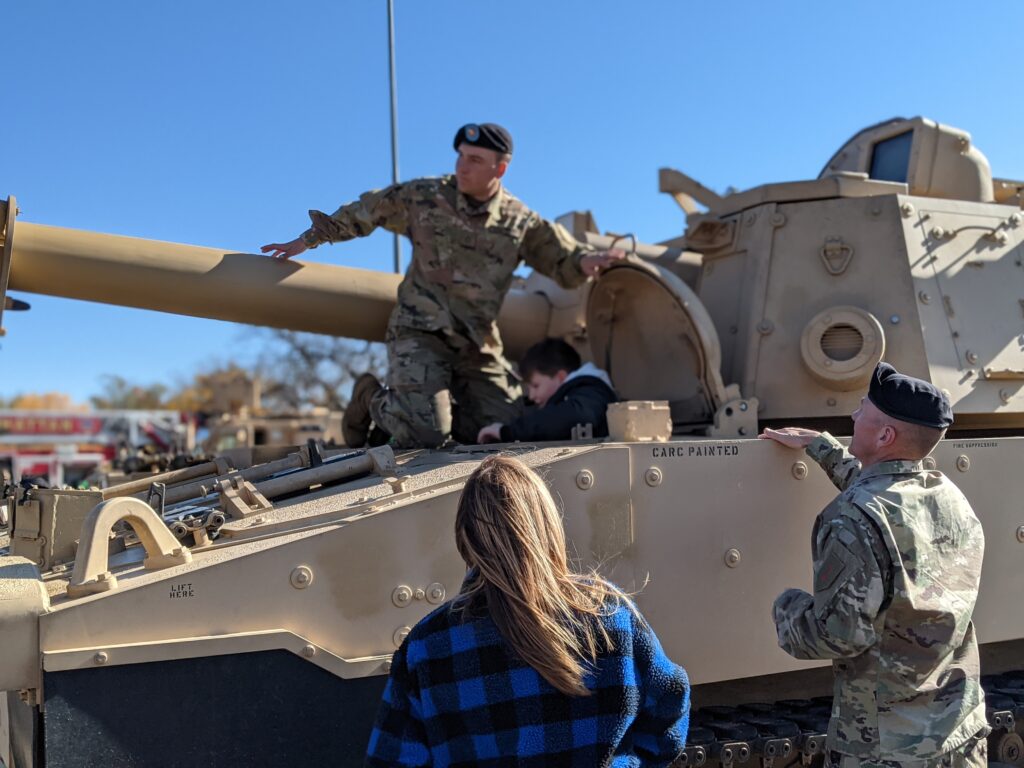 KMAN caught up with Sharon Matthews near an M1A2 tank. Matthews is a St Marys native, now residing in Pennsylvania, but back to visit family. She attended K-State and moved from the area in the 1980s and was happy to see how the entire day’s events have grown.

Numerous 1st infantry Division vehicles were set up near the ball fields at Manhattan City Park, as well as some engines from the Manhattan Fire Department. Numerous veterans, civilian residents and young ones got chances to speak with soldiers about the equipment — who also helped some folks in to check things out.

Matthews says she’s never been this close to anything like an Abrams tank.

“Gives me an idea of what they are doing when they’re out there in the field, what it’s like inside that thing, how much room’s in there,” she says. “I’ve never had any idea really.”

Recruiters for the Army National Guard were also on site as well as representatives from the Kansas Commission on Veterans Affairs Office.

“Trying to get our name out there and veterans [that]come by that need help, we try to help them as best we can,” says the KCVAO’s Mike Yoho. “Primarily applying for VA benefits but also schooling benefits, State of Kansas has some benefits. If they need service records, medical records, we can try to help them get them.”

Yoho says turnout at events like this can vary, but any assistance they can lend is a positive.

“It’s hard to tell what’s going to happen,” he says. “We’ve been at some we thought were going to be packed and maybe saw half a dozen veterans, others we didn’t think would be that big of a turnout and we literally have a line out the door.”

National VA representatives were also at VetFest, including Michelle Sweeney from the Eastern Kansas office.

“The importance of this […] is in our society — maybe not in this location, because this is two counties that are very supportive of veterans, but it’s not true everywhere,” Sweeney says. “To keep some attention on the folks that are serving, have served, are retired or separated, and their families and the issues they might be going through.”