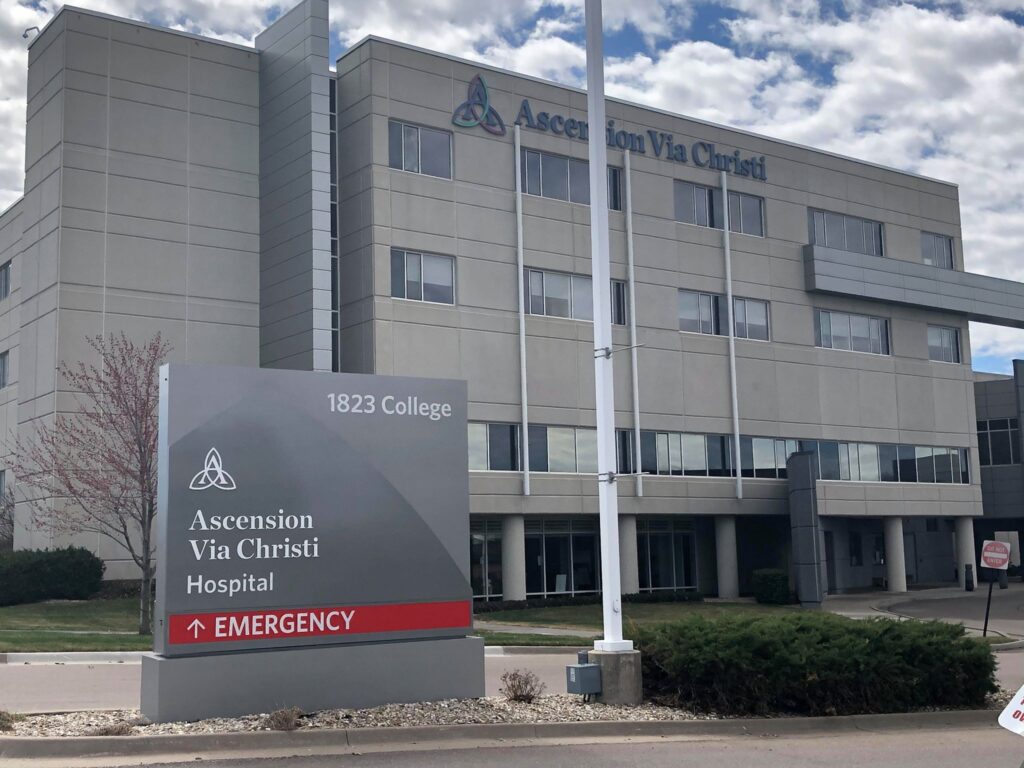 Manhattan’s Ascension Via Christi Hospital was nationally recognized recently with an ‘A’ for hospital safety, from a national watchdog group.
Hospital President and CEO Bob Copple spoke with KMAN about the honor, which is based on hospitals’ prevention of medical errors and other harms to patients in their care.
Copple 1
Copple says he is incredibly proud of the improvements and efforts made by hospital associates. He adds that with the recent focus of COVID-19 safety protocol, it’s not been a distraction, but rather more of a focus on how make the hospital, as a whole, safer.
Copple 2

The grading was conducted by The Leapfrog Group, an independent national watchdog organization. It grades hospitals across the country on scale of “A,” “B,” “C,” “D,” or “F.”

He also continues to reiterate the role of everyone to keep their health and safety in mind as the holidays approach.
Copple 3

To learn more about the Manhattan hospital or other hospitals’ grades visit hospitalsafetygrade.org.

About the Author: Hannah March