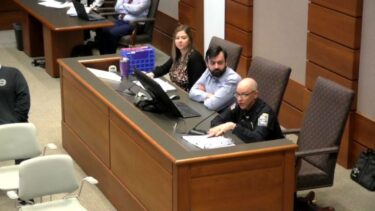 “Just within the next five years, we have the potential of losing 30 employees due to retirements alone,” says Human Resources Manager Christine Robinson. “Doesn’t mean everybody’s going, it’s just that that potential is  there.

Having been about seven to 10 years since the last assessment of the department’s pay scales compared to the market, RCPD officials in 2019 contracted with The Arnold Group (TAG) to conduct a salary survey and full review of all job descriptions to ensure they’re up to date.

“Historically, RCPD has been a market leader […] in law enforcement in this area because of community expectations,” says Cpt. Josh Kyle. “But unfortunately, we have fallen behind and we’re no longer market leaders in this area. The job market, as you are well aware, has become highly competitive and we want to become market leaders again.”

TAG Vice President Phil Hayes presented the results on behalf of his firm, highlighting a new proposed pay scale that he says takes into account numerous factors in order to objectively assign pay grades to positions of various levels in the department.

“What Riley County Police Department had was a civilian or base level [compensation]plan and then essentially they had a variable for sworn personnel,” says Hayes. “So in looking at how the data from the internal equity, from the point factor analysis, and the benchmark survey from the external market, tying those together we continued with the adoption of the sworn scale which essentially was 8 percent over what I would consider the base rate.” 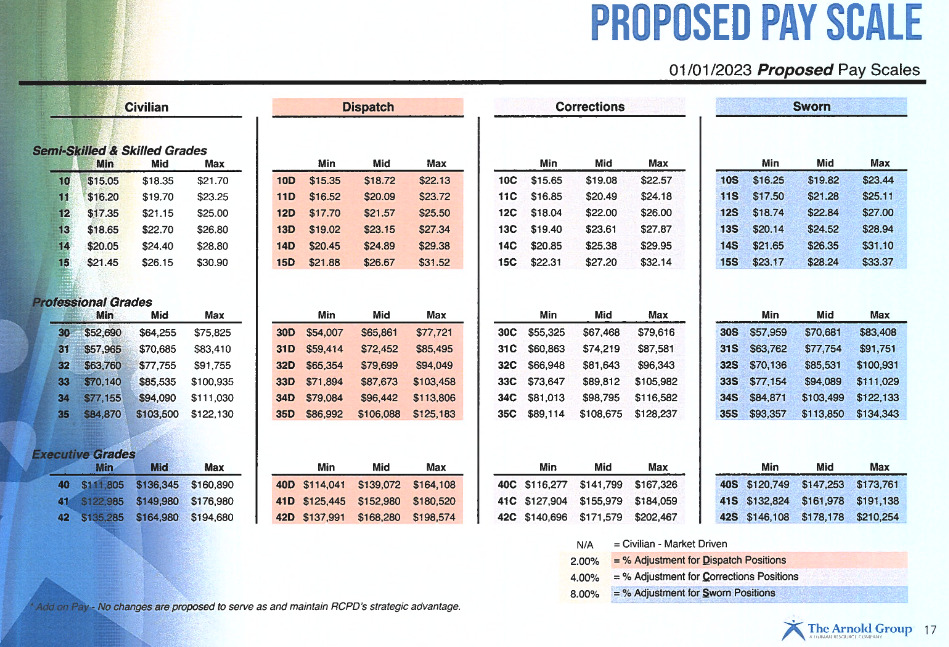 Each employment category is further broken down into 11 steps per pay grade with exact pay varying by job title as well. Under the proposed scale, starting salary for a police officer on the lowest step would be just under $58,000. Similar positions in corrections would earn one $46,400 and $39,567 per year for on-boarding dispatchers.

The Riley County police website currently advertises starting salaries for police officers of nearly $45,700. Dispatcher I positions are advertised at about $36,000 per year and corrections officer positions at about $37,800 annually.

The TAG analysis employed the Hay Methodology, developed in 1951 by the Hay Group and used to evaluate and compare job roles based on nine different factors of analysis with numerous sub-levels. This was used to assess the various data from market information to RCPD personnel surveys in order to calculate a score for a given job. 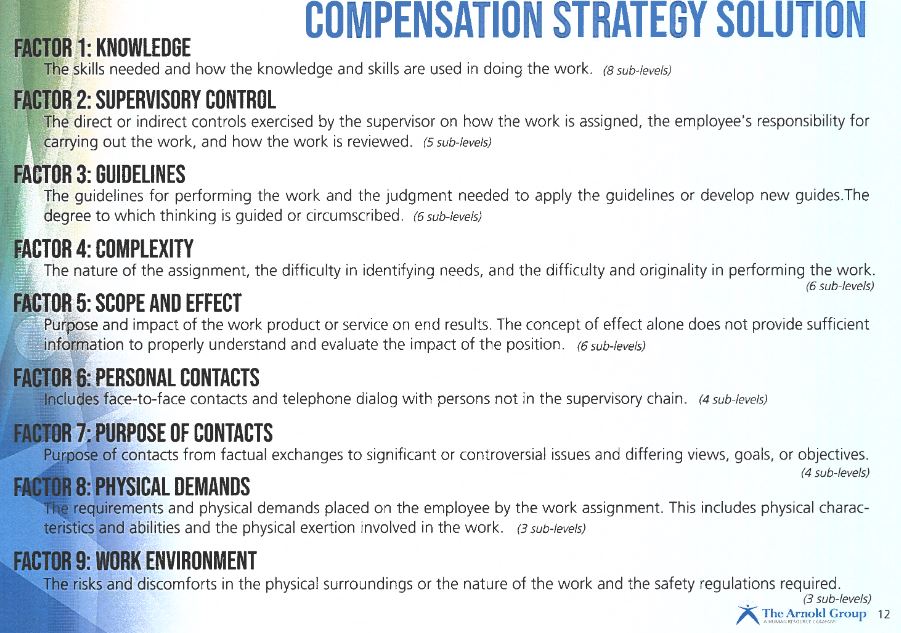 “From those nine sub-composite scores, we’ll end up with a point factor score for each position,” says Hayes. “Within those scores, then that allows us to essentially objectively rank the internal equity and kind of how positions rank up within the organization.”

Hayes says while RCPD has benefited from its prior positioning as a salary leader, not taking action on the department’s current status in regard to salaries will put RCPD’s recruitment and retention efforts in jeopardy.

“There’s just more competition for limited folks across the board,” Hayes says. “What we want to do is protect and preserve what we’ve built here, and by not taking the appropriate steps it’s going to look quite a bit different.”

Interim Director Kurt Moldrup says the department will bring proposals for how to begin implementing the proposed scale at the Law Board’s April meeting, saying they’re looking at a multi-year implementation process rather than a one-year wage hike.

“It would be too high to do that in one budget year,” says Moldrup.

Robinson says she fully endorses the methodology employed by Hayes and TAG as well as the adoption of the proposed scale, saying the analysis tool will also prove useful to employ in future analyses of new positions or as duties change among existing positions.

Robinson also noted the importance of adopting the proposed scale in light not only of numerous potential retirements in the next five years, but also the slough of unfilled positions the department has been struggling to fill today.

“All of the divisions, with the exception of the office of the director […], experienced over a 10 percent attrition rate,” in 2021 says Robinson. “The largest, of course, was in the jail — the jail experienced a 30 percent turn-over rate.”

Moldrup says corrections are currently running 12 hour shifts as a safety necessity in the jail, contributing to the difficulties particularly being experienced in the division. He says filling the 17 unfilled positions there is the highest priority in order to improve retention.

Also discussed Monday was a possible hiring incentive using American Rescue Plan Act funds if provided by Riley County or the City of Manhattan. Cpt. Brad Jager says some signing bonus won’t solve all their problems, but has the potential to increase the department’s ranks.

“We have to attract them, we have to get them to at least apply and hopefully show them what our culture is and retain them on that factor,” he says.

ARPA dollars have a broad array of possible uses, provided by the federal government to municipalities generally to replace lost public sector revenue in response to the COVID-19 pandemic. Due to RCPD’s unique governance structure, the department was not provided an allocation as occurred in agencies with more direct governance.

“As far as how long we do this, that’s to be decided,” says Moldrup. “If we find this is very effective, it may be something that we as an agency think is something worth adding to the budget and keeping it.

“Hopefully, the purpose of the incentive is to fill the gap that we have right now and then with the implementation of a salary survey an incentive to draw people here will no longer be needed.”

For their needs, Jager says $120,000 should provide the funds necessary. If not approved, he says they’d have to look to unused personnel funds resulting from vacant positions to provide an incentive

Board members expressed support for Moldrup to draft a letter of request for ARPA funds from Manhattan and Riley County for their review at their April meeting.