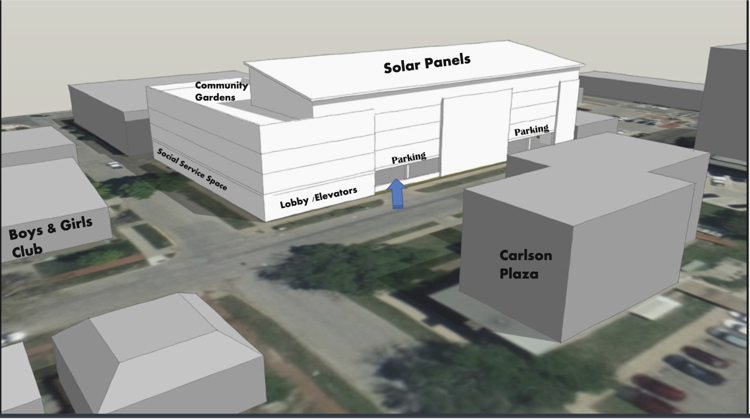 The Manhattan Housing Authority was greenlit to seek grant and tax credit funding for a new low-income senior housing building Downtown, with the Manhattan City Commission voting to approve a pre-development agreement with the organization Tuesday.

The 109-unit residence would serve as a replacement for the deteriorating Carlson Plaza and flood-prone Garden Grove facilities owned by National Church Residences – proposed to be built over a city-owned parking lot at 5th and Pierre Streets. If funding is secured, among other requirements, the city is considering giving half ownership of the lot to the Housing Authority.

The agreement passed 4 to 1 Tuesday, with Commissioner Wynn Butler citing NCR’s agreement to cover the city’s portion of a FEMA demolition grant for their Garden Way buildings.